Thousands of students from the Jawaharlal Nehru Students took to the streets on Monday to protest over the hostel fee hike. The protesters clashed with police following which some of them were taken into detention as well. The common people faced difficulties as normalcy was disrupted in the national capital.  An ambulance was stuck in the traffic jam for 30 minutes, a student could not reach his examination center on time and the Delhi Metro Rail Corporation had to shut gates of four major metro stations. Earlier in the day, Section 144 of the CrPC was imposed around the JNU campus. Watch the video above where Republic TV's Editor Niranjan explains what the protests are really about and does a fact check about the demands by the protestors.

What are the students demanding?

The JNU students who marched towards Parliament as the winter session commenced on Monday, demanded a complete rollback of fee-hike for all students in the university. They alleged that crores of rupees for secondary and higher cess have not been utilised, quoting the CAG report. They are against the National Education Policy claiming that it closes the door on public-funded education. They are also opposing fee hike in IITs, CBSE, Navodaya Vidyalaya, medical colleges in Uttarakhand, etc. 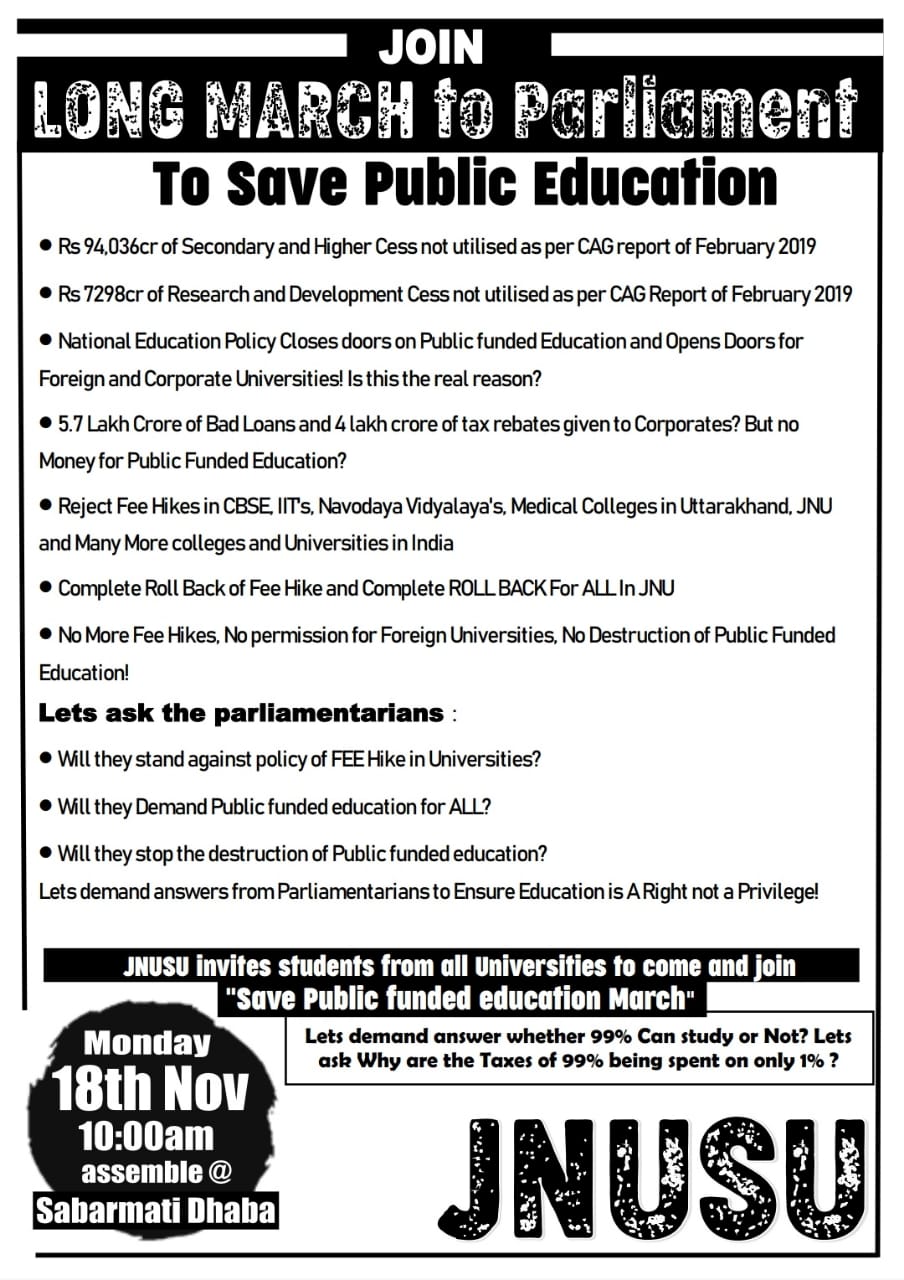 The protests have turned from Opposition to hostel rule changes to an all-out political and ideological slugfest. Demonstrations have taken a violent and ugly turn many times with administration meetings being disturbed and staff members harassed. The assistant dean of students was allegedly detained, a soon-to-be-unveiled statue of Swami Vivekananda was desecrated with objectionable messages and varsity corridors along with the vice-chancellor's office were marked with derogatory remarks by miscreants. JNU has already filed complaints with the Delhi police and investigations into the matter are underway.