All persons aged 45 and up in Puducherry Village Ilaiyankudi in Karaikal district have been vaccinated against COVID-19, said District Collector Arjun Sharma 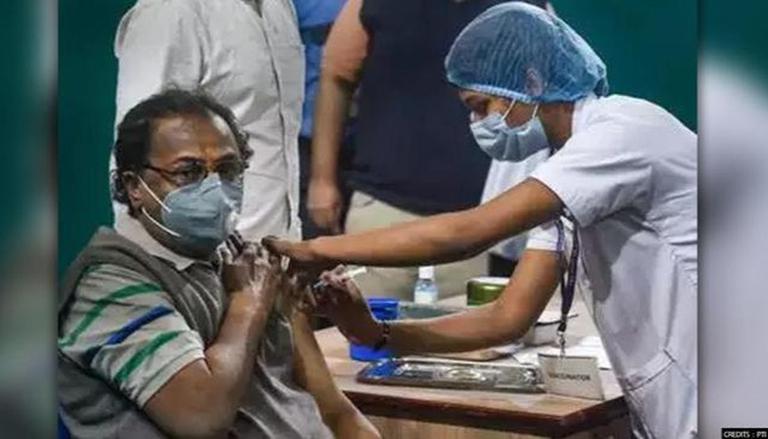 
In an incredible feat, District Collector Arjun Sharma informed that all people aged 45 and over in Ilaiyankudi, a village in Puducherry's Karaikal district have received 100% vaccination. With this, the village in the district's Tirunallar area has become the first in the Union Territory to receive the distinction.  After visiting the village, the Collector told the media that the small village has a total of 64 persons aged 45 and more, all of whom have been fully vaccinated.

According to him, the residents of the village worked together with authorities from several departments to achieve this. Anganwadi workers, he added, played a crucial role. The Collector informed that the district government was focused on rural regions to raise awareness about the need of vaccination and that they were aiming for 100% immunization in all other villages as well. Dr Tamilisai Soundararajan, the Lieutenant Governor of Puducherry, praised the Karaikal Collector in an official statement.

Puducherry recorded 712 new Coronavirus cases in the last 24 hours, bringing the total to 1,07,826, according to a senior Health Department official.  After crossing the 1,000-mark, the number of new infections in Puducherry has been declining over the last several days.  According to Director of Department of Health and Family Welfare Services S Mohan Kumar, the test positive rate on Friday was 7.53%, down from 9.02% on Thursday, after the Department of Health and Family Welfare Services analyzed 9,458 samples in the last 24 hours.

The infection claimed the lives of eighteen people, bringing the total number of persons infected to 1,601. Mohan Kumar briefed, 15 of the deceased were from Puducherry, two from Karaikal, and one from the Yanam area.  The Puducherry region recorded 530 new cases, followed by Karaikal (121), Yanam (36) and Mahe (36). (25).  During the last 24 hours ended at 10 a.m. Friday, 1,215 patients were stated to have recovered and been discharged, according to the Director.  He goes on to explain that there were 9,494 current cases (1,368 in hospitals and 8,126 in home isolation). According to the Director of the Health Department, 10.85 lakh samples have been tested so far, with 9.36 lakh being found to be negative.