The Army, CRPF and Kashmir police conducted a joint press brief on Tuesday affirming the role of Pakistan and ISI in perpetrating the cowardly Pulwama terror attack that martyred 40 jawans.

The Army, CRPF and Kashmir police conducted a joint press brief on Tuesday affirming the role of Pakistan and ISI in perpetrating the cowardly Pulwama terror attack that martyred 40 jawans.

While addressing the media Lt. Gen KJS Dhillon confirmed that the Indian Army "in less than 100 hours have crushed JeM leadership," in a 17-hour long operation that began on Sunday night where three terrorists were eliminated.

He said, "Our hearts and feelings with families of martyrs. All of CRPF jawans those who got injured on 14th in Pulwama attack. They are out of danger and they are well."

The defence forces reiterated the role of the terror-friendly neighbour in the Pulwama attack and further informed of 'crushing' top Jaish-e-Mohammad leaders within 100 hours.

READ| WATCH: Here's How Shahid Afridi Replied To Gautam Gambhir's Call For Battle Against Pakistan In The Aftermath Of Pulwama Terror Attack

He said, "Yesterday we crushed top JeM leadership. Pakistan has controlled those terrorists. Pakistan Army, ISI helping them, and we are happy to inform the country that in less than 100 hours we crushed JeM leadership sent by Pakistan."

#LIVE on #SaluteOurForces | Anyone who picks up gun in Kashmir will be eliminated, unless they surrender: The Lt Gen KJS Dhillon issues warning to terrorists.
Tune in to watch here- https://t.co/LGCyJUEBn5 pic.twitter.com/l3yXn4bG3Z 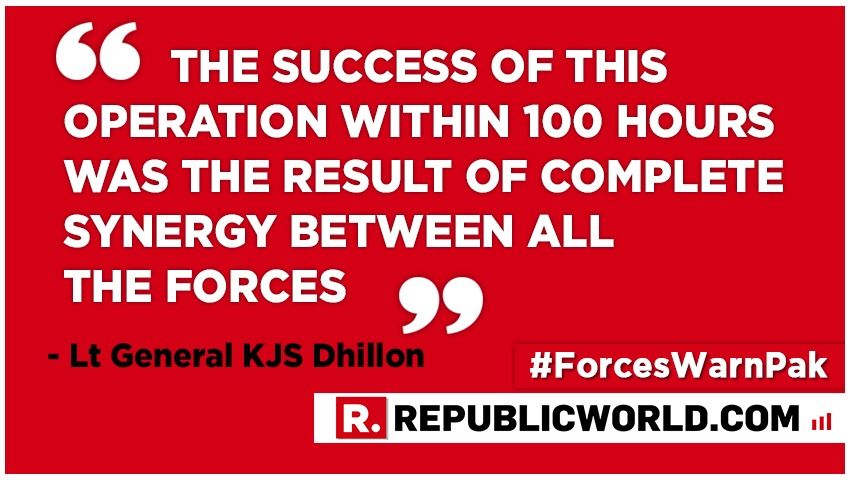 During the address, a stern warning was sent out to those who walk the path of terrorism and requested the mothers to discourage their sons from picking up guns and surrender to the security forces.

He said, "Anyone who picks up guns in Kashmir will be eliminated unless they surrender. This is a message to all the mothers of Kashmir." 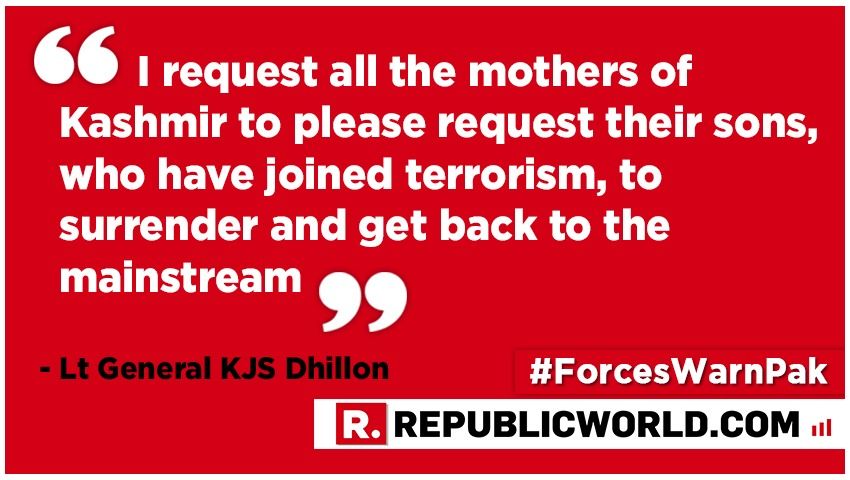 It was even informed that residents should not venture around encounter zones due to stray explosive materials.

“People are requested to cooperate with police till the area is completely sanitized and cleared of all the explosives materials if any,” the police said.