The Punjab CM Amarinder Singh asked that the MSP for wheat be set at Rs 2,830 per quintal, rather than the Rs 2,015 per quintal provided by the Centre 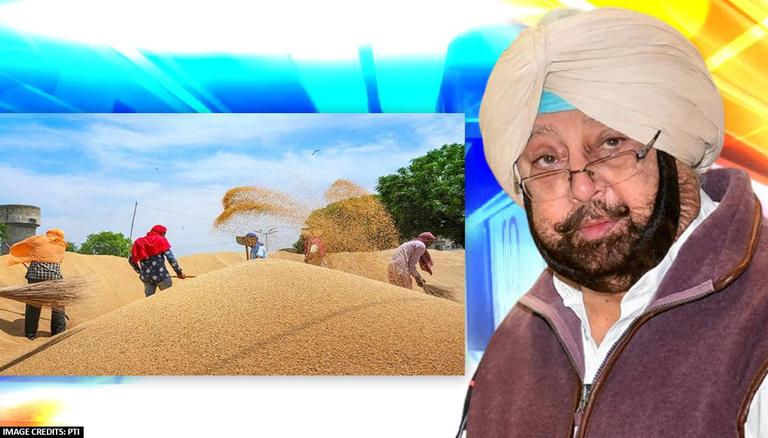 
The Chief Minister of Punjab, Captain Amarinder Singh on Wednesday slammed Centre's announcement on the increase in the minimum support price (MSP) of wheat, calling it "pathetic." He further accused the Centre’s decision on price hike as "putting salt on the wounds of farmers". Captain Amarinder Singh has been demonstrating against farm laws over the last ten months.

According to the CM, farmers are pushing for a remunerative MSP at a period when the nation's agricultural production is in hardship.  He called the treatment of the BJP-led government towards the 'annadaatas' (one who provides food) a cruel farce. The chief minister asked that the MSP for wheat be set at Rs 2830 per quintal, rather than the Rs 2015 per quintal provided by the Centre, as per an official statement. He described the MSP of the wheat which is kept by the Centre to be far less than the aspirations of Punjabi farmers.

More about the turmoil on the hike in MSP of wheat

As per PTI, the Centre raised the MSP for wheat grains by Rs 40 to Rs 2,015 per quintal on Wednesday, stating that the practice of buying crops at the supporting rates will be maintained. Singh stated that farmers should not be compelled to support consumers, as they have done for a long time. He added that now the time has come for the central government to pay attention to farmers' issues and give them their fair share.

According to the Punjab CM, his administration has proposed an MSP of Rs 2,830 per quintal, based on the cost of wheat production in the state. He further noted that the Commission for Agricultural Cost and Prices (CACP) projections suggest a 3.5 per cent growth in the complete production cost over the previous year, which does not include an escalation in input prices.

Meanwhile, Sukhbir Singh Badal, the head of the Shiromani Akali Dal (SAD), has opposed the meagre increase of Rs 40 per quintal. He sought a growth of approximately Rs 150 per quintal to ensure that farmers receive a fair value for their crops. He also requested quick action from Prime Minister Narendra Modi to guarantee that farmers were not treated unfairly.