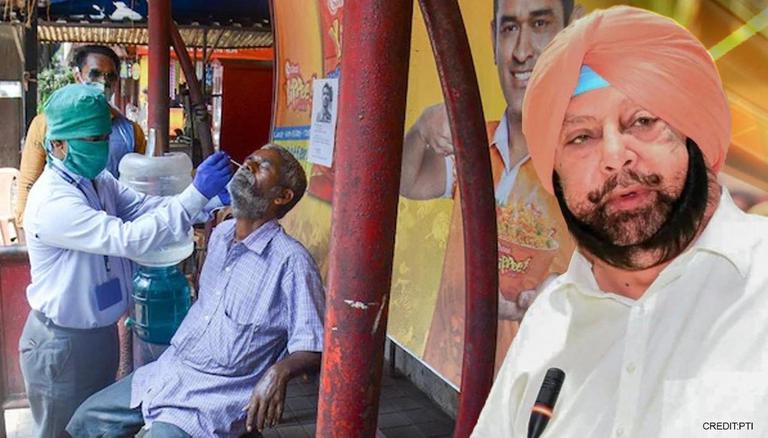 
Punjab Chief Minister Captain Amarinder Singh announced a special development grant of Rs 10 lakhs to each village that meets the state government's 100% vaccination goal under the 'Corona Mukt Pind Abhiyan.' The Chief Minister urged Sarpanches and Panches across the state to lead their villages in the battle against COVID-19, urging them to encourage people to get tested even if they have mild symptoms and to get vaccinated.

Via LED screens, he was communicating virtually with village Panchayats represented by more than 2000 heads/members in over 4000 live locations across the state's rural areas. The CM told them that his government had already given Sarpanches permission to use up to Rs.5000 per day from Panchayat funds for emergency COVID care, up to a total of Rs.50,000.

The Chief Minister stressed the importance of educating the rural population about the adverse effects of Coronavirus and the importance of early diagnosis and treatment in order to save lives, saying that this could only be accomplished through special awareness campaigns. He requested the Panchayats to set up special medical camps and enlist the help of ex-servicemen who had served in many wars during their active military careers and were now helping the state combat the pandemic.

He instructed the Sarpanches and Panches to create a 'theekri pehra' in their villages to keep infected people out and to distribute Fateh Kits to anyone who tests positive, as well as to ensure proper care if their oxygen saturation drops below 94%. He also advised village residents to quarantine themselves in the event of any signs and to get vaccinated to ensure early detection of the infection. Any complacency or laxity on their part could lead to serious complications later on, which can be fatal, explained Captain Amarinder.

He asked the Panches and Sarpanches to use the healthcare facilities at these centres for the treatment of villagers infected with Coronavirus, pointing out that Punjab has a large healthcare network with 2,046 health and wellness centres and another 800 set to open soon.

The Chief Minister also stated that the State Government was putting forth all efforts to obtain adequate vaccine stocks from various sources for inoculation of those aged 18 and up, as well as persistently seeking more vaccine doses from the Centre for its population aged 45 and up. He said that in the past, when the state government had a sufficient supply of vaccines, people were reluctant to get inoculated, but that this pattern has now changed, with people flocking in large numbers.

The Chief Minister called on all to work together to stop the virus from spreading, he said, "I alone can't do anything as a Captain the concerted efforts jointly put in by the team will help us achieve our goal".

Although the number of cases had decreased from a daily average of around 9,000 to 6,947 in May, the situation remained dire, with many people still dying, primarily because they sought medical attention too late. He added that this was shown by the fact that level 2 beds were 64% full and level 3 beds were 85% full. He noted, "Had these people sought medical aid at initial stage eventually several precious lives could have been saved."

The Chief Minister urged villagers to strictly follow the state government's health protocols and guidelines, which are updated on a regular basis. He asserted the state government had set up a 24-hour helpline number '104' for assistance, and that all home isolation patients were being monitored by health teams via regular calls. In addition to the 10 kg Atta provided by the Indian government, they were given food kits containing 10 kg Atta, 2 kg Chana, and 2 kg sugar for each family member. Food kits are also being given to all poor patients who tested positive since they will be out of work for two weeks or more.

Tript Rajinder Singh Bajwa, Minister of Rural Development and Panchayats had earlier appealed to Panchayat Members to come forward and support the government's efforts to control the COVID situation, especially in villages where Coronavirus cases were on the rise. He also recommended village residents not to rely on quacks or other healers, but rather to seek medical advice from doctors at government primary health care centres in rural areas.