Punjab's Malika has been appealing for help through Twitter for quite some time and this time she reached Government Sports' department but was denied any help. 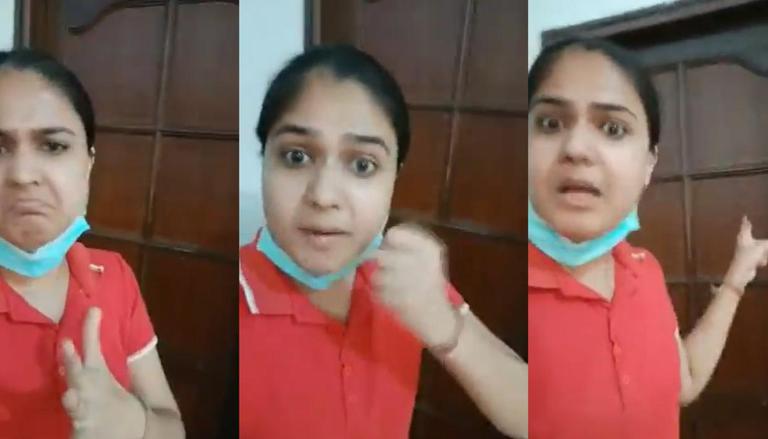 
Malika Handa- India's differently-abled chess champion has been complaining about no recognition by the Punjab Government for quite some time now. The World deaf chess champion on Thursday again tweeted a video from the office of the state's sports ministry and explained in sign language how she is facing 'lots of problems' due to denial of 'job and cash award' from the state Government. In sign language, Handa said she is not provided any help or messages as 'normal athelets'.

'No help to deaf and mute,' signs deaf chess champion

I am very feeling Hurt and crying
Today I meet to Director ministry sports Punja
He said punjab can not give job and cash award accept to (Deaf sports)
What shall I do now all my future ruined??? @capt_amarinder @iranasodhi @ANI @vijaylokapally @anumitsodhi @navgill82 pic.twitter.com/RGmbFsFLpJ

Earlier, the champion had appealed Sonu Sood to provide her 'contact' of Chief Minister Captain Amrinder Singh so that she can 'open eyes of sports department Punjab for me Haryana Govt Giving Crores of rupees with job To same deaf category persons why not Punjab'.

I want to Request @sonusood you are doing good work for all
Only i need from you is to contact @cmoPunjab @captain amrinder sigh sir
open eyes of sports department punjab for me
Haryana Govt Giving Crores of ruppes with job
To same deaf category persons why not punjab pic.twitter.com/M6GxgQXQJu

Regardless of being a chess prodigy, Handa has failed to land any kind of financial support from the state government. Out of the ten years that she has been playing the sport, she has spent seven urging the state administration to provide her with a job. Earlier also the seven-time world champion had taken to Twitter to forward her plea. Tagging Punjab Sports Minister Rana Gurmit S Sodhi and Union Minster Anurag Thakur, Handa, she asked why was the administration snubbing her.

"I m sitting at home why why Im getting depressed day by day No one sees my hard work," she wrote.

'No appreciation from government'

Speaking to ANI earlier, Renu Handa, the player's mother had said that her daughter has received no appreciation from the state government despite being a seven-time national champion. "My daughter is the first Indian woman to win a gold medal in the International Deaf and Dumb Chess Championship. She also received a national award from President last year. She has received no appreciation from government despite being a seven-time national champion", said Renu Handa. Furthermore, she also revealed that the government was not even providing a coach to her.