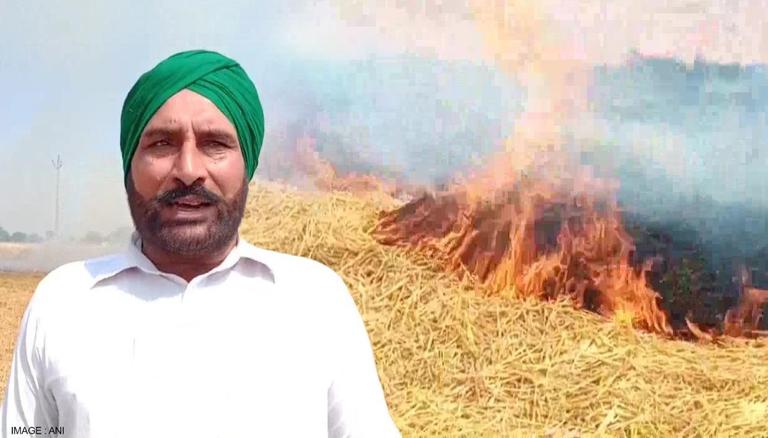 
Claiming that they have no other choice left, Punjab farmers have started burning stubble on their own. They alleged that they are forced to take the step as they are not being paid a 50% subsidy promised by the state government.

Speaking to news agency ANI, a farmer, Ram Singh, said that the farmers were left with no choice rather than burning the stubble because the state government has not provided a 50% subsidy as promised in September. He added that the farmers have to spend around Rs 5,000 to 6,000 for burning the crop residue on their own.

"The time for sowing winter crops has come, so we must burn this stubble," Singh added.

Meanwhile, speaking on concerns raised regarding the risk of air pollution due to stubble burning, Singh said, "Many places are very polluted. Vehicles, factories and other things are also increasing air pollution. No one is saying about those things, then why are we being blamed for spreading air pollution?"

"We also have family who can get affected by air pollution. But we do not have any other option. Burning this much stubble is (not) the only cause of increasing pollution", he added.

Another farmer, Ravinder Singh also spoke on the issue of stubble burning and said that that the farmers are ready to raise the topic of providing compensation as announced earlier in case any legal action is taken against them for burning stubble.

Earlier in the month of September, the Central Government released Rs 496 crore for Delhi, Uttar Pradesh, Haryana and Punjab to subsidise machinery required in-situ management of crop residue with an aim to address the issue of air pollution in Delhi and the National Capital Region (NCR) due to stubble burning in the adjoining states such as Punjab, Haryana, and Uttar Pradesh.

On the other hand, the Punjab government has already started taking innovative steps to tackle stubble burning which is a major cause of air pollution.