International Kabaddi player Sandeep Nangal Ambia was shot dead during an ongoing match of a Kabaddi tournament in Punjab's Jalandhar on March 14. 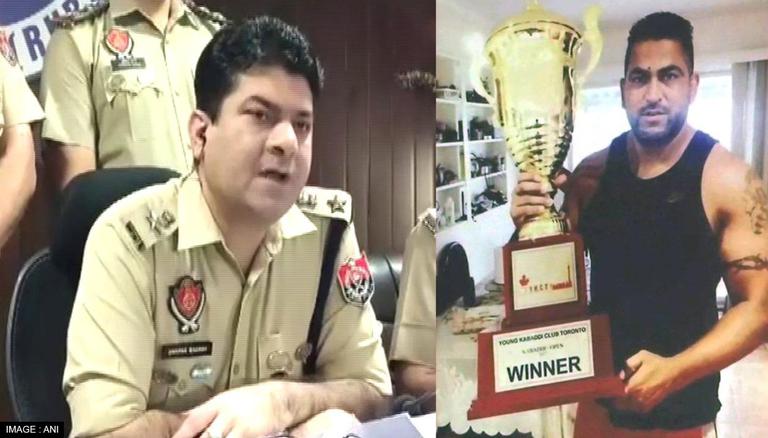 
In a massive development, the Punjab police on Sunday arrested the main conspirator behind Kabaddi player Sandeep Nangal Ambia's murder case. The 38-year-old international Kabaddi player was shot dead during an ongoing match of the Kabaddi tournament in Punjab's Jalandhar on March 14. Police have arrested five others, including two shooters, in connection with the murder of a kabaddi player.

Senior Superintendent of Police (SSP) Swapan Sharma informed that five accused have been arrested, including the key conspirator and a main shooter in the incident. Imported weapons were used by the five unidentified assailants to shoot the 38-year-old Kabaddi player in the Mallian Khurd village.

Punjab | Sandeep Nangal, an international Kabaddi player was murdered in Mallian in March. During the investigation, we arrested 5 more persons including a key conspirator and a main shooter in the incident. Imported weapons were used: Swapan Sharma, SSP, Jalandhar Rural https://t.co/YVSBTksMsm pic.twitter.com/1hYT37X5qf

Those arrested have been identified as Harwinder Singh alias Fauji of Uttar Pradesh's Bulandshahr, Vikas Malhe from Gurgaon,  Sachin Dhaulia from Rajasthan's Alwar,  Manjot Kaur from Sangrur, and Yadwinder Singh of Pilibhit.

Earlier, on March 19, Police arrested four main conspirators who were identified as Fateh Singh alias Yuvraj, Kaushal Chaudhary, Amit Dagar and Simranjeet Singh alias Jujhar Singh. After interrogating them police came to know about Snover Dhillon's involvement. Canada-based Snover Dhillon, who was running the National Kabaddi Federation of Ontario was behind the murder over professional rivalry.

The Director-General of Police (DGP) Punjab VK Bhawra said during interrogation, Fateh Singh confessed that Dhillon had tried to convince many players to join his 'The National Kabaddi Federation of Ontario', but most of the renowned players were associated with Sandeep's 'Major League Kabaddi' being managed that led to the loss of Dhillon's federation