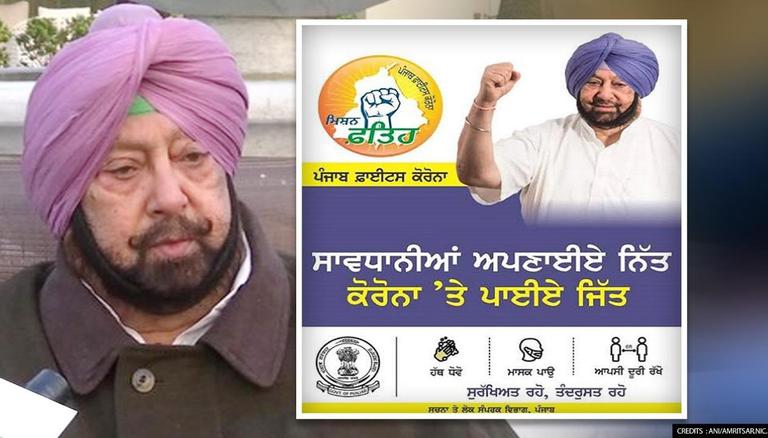 
On Thursday, Punjab chief minister Amarinder Singh announced that the state would initiate Mission Fateh 2.0. He stated that the initiative would involve the youth of the state to work on 'Corona Mukt Punjab Abhiyan' (COVID-free Punjab Campaign). The Chief Minister attended an interactive virtual session with the young minds of urban and rural Punjab and shared his insights about the present situation of the state.

Captain Amarinder Singh said, "As a result of the support of the people, the number of cases in the state has come down from around 9000 to 4000+ in a matter of about three weeks. But given the impact on rural areas this time, the situation continues to be grave."

Role of the Youth in fighting COVID

Captain Amarinder Singh asked the young people to form groups of seven Rural Corona Volunteers (RCVs) in every village or municipal ward as a cadre to work under the Mission Fateh 2.0. The Chief Minister emphasized 'Corona Mukth Pind' to resolve the crippling situation of villages in Punjab. T

The Chief Minister suggested that the existing clubs could also enlist their names as Rural Corona Volunteers (RCVs) to work closely with the community. The RCVs will have the responsibility to conduct 'Theekri Pehras' in villages that would teach the rural community more about COVID appropriate behaviour and assist the community in getting timely and adequate healthcare. The Chief Minister put forward the task of maintaining three Ts to the youth- Test, Trace, and Treat. 'The youth will be in charge of connecting the poor, elderly, and needy people to the COVID Control Rooms and helplines,' stated Singh.

Noting the spread of the black and white fungus, the Punjab CM also asked the youth to spread awareness about the post-COVID complications in the villages.  During the video conference, the CM informed that the Department of Youth Affairs has already started working on the distribution of 1 lakh badges and 4 lakh car stickers displaying the message, "I am vaccinated". He asked the young minds of the state to encourage flaunting the vaccination status so that more people can draw inspiration and register themselves in the vaccination drive.

Noting the role of Social Media, Captain Singh said, "The youth could also play a big role in countering rumors and false propaganda on social media. The state government will extend full support to them to fight the pandemic and save Punjab together."

Captain Amarinder Singh informed that the young people will be rewarded with Sports Kit as a gift for their relentless participation and contribution in Punjab's fight against COVID. The Department of Sports and Youth Affairs has already been asked to manufacture 15,000 kits, that will be distributed on August 12, the International Youth Day.

Captain Amarinder Singh stated that the government is acting with all its potential to procure vaccines from all possible sources at a faster pace. He noted that the sudden upsurge in the demand for vaccines has led to its shortage in the state. The Chief Minister noted that people are becoming more aware of the virus, they are realising that vaccination is the only possible way out, especially after the impact of the UK's fast-spreading strain.

Sonu Sood who has become a youth icon and also the brand ambassador of the state's COVID vaccine campaign pointed out the need to teach people especially in rural areas the importance of vaccination. The star said that he will personally look into the procurement of vaccination from Bharat Biotech for the state of Punjab. Sood is also interested in building a medical oxygen plant in Moga's government hospital.

The Chief Minister was hopeful about Mission 2.0 being the last fight against COVID, and Punjab coming out victorious. He also noted the risk factor of upcoming third wave and said, "The enemy should never be considered weak, and we should be prepared to fight."