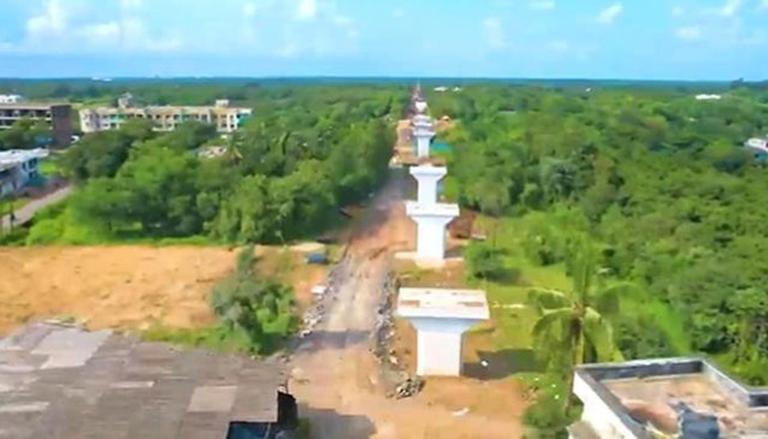 
Union Minister of Railways, Ashwini Vaishnaw shared a short clip on Twitter showcasing the progress made in the High Speed Rail project. The Minister revealed that 100 km of pier construction has been completed as part of the project which extends from Ahmedabad in Gujarat to Maharashtra's Mumbai. In a time-lapse video, Vaishnaw showed the piers standing tall as the clip raced through the Navsari, Valsad, Bharuch, Vadodara and Kheda districts in Gujarat.

During his visit to Surat and Navsari in June this year, the Union Minister said that India's first Bullet train project will be complete by 2026 and the first trial run will be carried out between Surat and Navsari's Billimora in August of the said year. “I have seen the construction work in progress at Surat and Navsari. I am satisfied with it. The fares of the bullet train will be lesser than airlines," Vaishnaw was quoted saying while speaking to the media. "One will get better facilities than airlines. We have not yet decided on the fares. We will work on it once the project gets completed."

The Mumbai-Ahmedabad High-Speed Rail corridor has a total length of 508.17 kilometres which would include 12 stations, eight in Gujarat (Vapi, Bilimora, Surat, Bharuch, Vadodara, Anand, Ahmedabad, and Sabarmati ) and four in Maharashtra (Mumbai, Thane, Virar, and Boisar). During his Gujarat visit, the Minister revealed that around 12 kilometres of work was being done every day for the project's development which would see trains run at an average speed of 300 kilometres per hour.

Earlier this month, reports revealed that the Japan International Cooperation Agency (JICA) will assist Indian engineers in improving commuter accessibility and stimulate the local economy. The company will support in the creation of station area development plans for stations in Thane, Virar, Surat, and Sabarmati. "This project is a technical cooperation project to plan development of surrounding areas around MAHSR stations in order to enhance accessibility and convenience of commuters and other stakeholders and to promote economic activities," the company's statement read.