Rajasthan Chief Minister Ashok Gehlot reiterated on Thursday that his government's Chiranjeevi Health Insurance scheme should be implemented across the country. 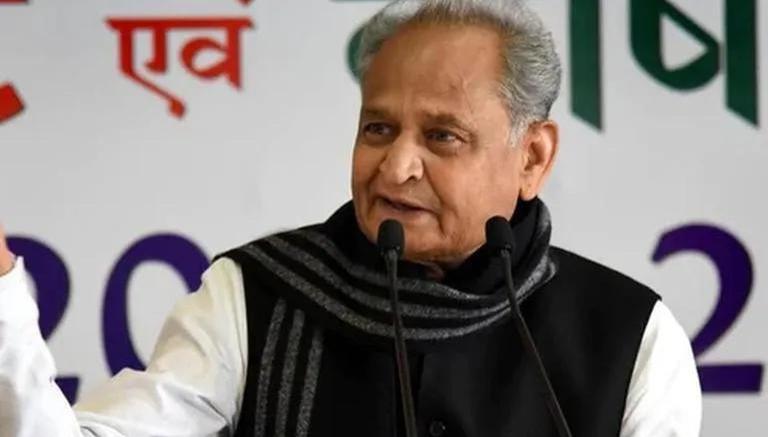 
Rajasthan Chief Minister Ashok Gehlot reiterated on Thursday that his government's Chiranjeevi Health Insurance scheme should be implemented across the country.

The Centre should also take the initiative to introduce a Social Security Act and implement the Old Pension Scheme for government employees, Gehlot said at the closing ceremony of the All India Presiding Officers' Conference at the Rajasthan Legislative Assembly here.

Saying he has already requested Prime Minister Narendra Modi in this regard, Gehlot reiterated that the Chiranjeevi Health Insurance scheme should be implemented across the country.

Under the scheme, the Rajasthan government provides health insurance of Rs 10 lakh and also bears the expense for organ transplants. Treatment in the in-patient and out-patient departments at government hospitals are also free, Gehlot said.

READ | Had it been in my hands, would have come up with stricter punishments for rapists, gangsters: Gehlot

Stressing the need for social security for the needy, he said the Centre should bring a Social Security Act.

"Social security should be compulsory. It is the responsibility of the government to look after the needy families," the veteran Congress leader said.

READ | Rajasthan to bring policy to deal with those 'bargaining' for compensation over deaths: CM Ashok Gehlot

Gehlot added that the Rajasthan government provides social security to one crore people, including the elderly, widows and single women.

Pointing out that Rajasthan revived the Old Pension Scheme for state government employees on humanitarian grounds, he said the move was criticised but the decision was taken after doing all the calculations.

The Old Pension Scheme should also be implemented across the country, Gehlot said.

The chief minister also said he agrees in principle on the financial autonomy of the Assembly, adding that the government will consider it positively if any proposal comes from the House in this regard.

Assembly Speaker CP Joshi had raised the issue of financial autonomy of the presiding officers.

Referring to this, Gehlot said, "I also agree on this in principle. I would like to say that as soon as the proposal comes from the Assembly, we will consider it from a positive perspective." "Whenever we sit together and discuss, new ideas emerge automatically, suggestions are put forward, decisions are also made on the basis of that and everyone gets the benefits. CP Joshi represented the sentiments of all of you very effectively," he said.