The residence of the President of India, Rashtrapati Bhavan was lit up in orange on Dec 10, to raise awareness about the violence faced by women in the world.

The official residence of the President of India, Rashtrapati Bhavan was lit up in orange on Tuesday, December 10, to raise awareness about the violence faced by women around the world. This comes amidst the devastating crimes that have been committed towards women in India. The change in the building lights comes as a part of UNITE, which is a movement organised by the United Nations to end violence against women. Have a look at the pictures. 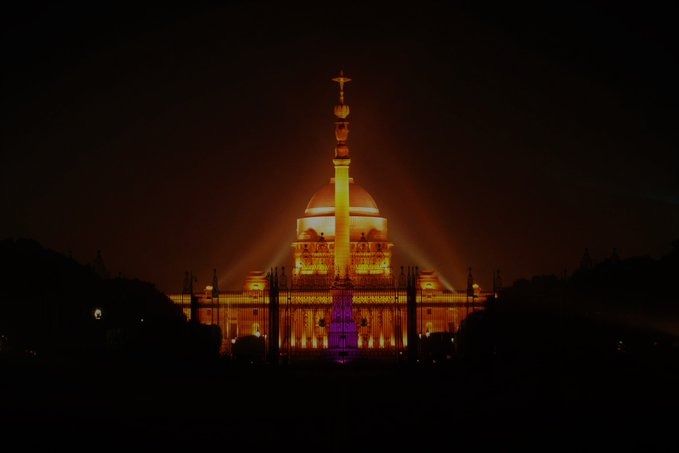 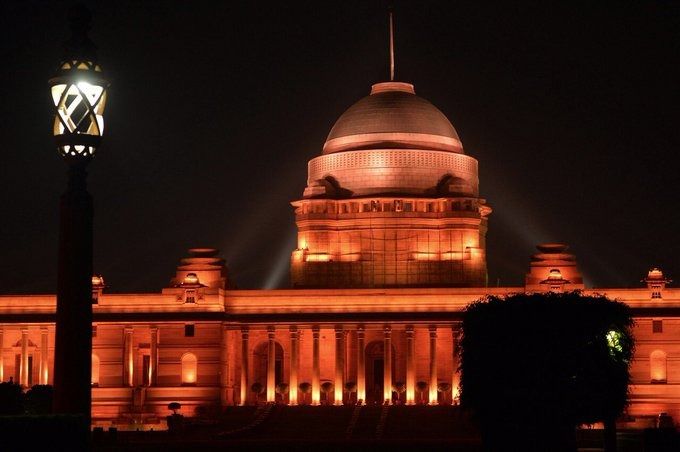 As the UN is celebrating UNITE, India has been seeing frequent cases of violence against women. Recently, a 27-year old's burnt body was found by the police under a culvert in Hyderabad after noticed by passersby. The victim's sister revealed that the victim had called her saying that she felt scared as a lorry driver had lured her two-wheeler to allegedly repair a puncture. Soon after the victim's sister called her again at 9.44 pm, the victim's phone was switched off. Her body was found 25 km away from the toll plaza. The Mahabubnagar Court in Hyderabad was designated to act as a fast track court to conduct trial against the four accused. However, the Telangana police encountered the four accused as they tried to flee from the crime scene where they were supposed to reconstruct the crime.

Read: Inspector General (Lucknow): We will punish all the criminals involved in Unnao case

A 17-year-old minor was allegedly kidnapped and raped by her uncle BJP MLA Kuldeep Singh Sengar on 4 June 2017. Her father had alleged assault by the rape-accused BJP MLA's brother Atul Singh Sengar. Before succumbing to his injuries, the victim's father had named Atul Singh Sengar as his assaulter in video testimony. In April 2018, a case was registered against Sengar under section 363, 366, 376, 506 and Pocso Act of Indian Penal Code and he was sent to jail. Sengar along with his brother Atul Singh is in jail since then.

On July 29, 2019, the Unnao rape survivor, her family, and lawyer were travelling when they were hit by an overspeeding truck in Rae Bareli, killing her aunts and leaving her and the advocate critically injured. The Uttar Pradesh police filed a murder case against BJP MLA Kuldeep Singh Sengar and nine others after the rape survivor's family filed a complaint, alleging "conspiracy" behind the accident. In August, Sengar and nine others were also booked for murder by the CBI.