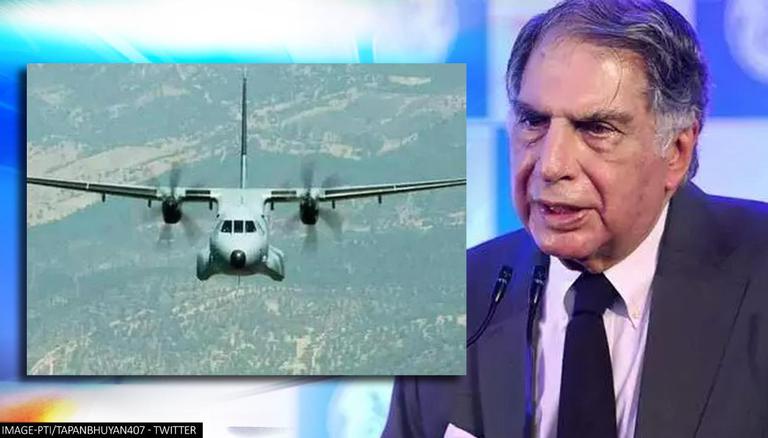 
Former Chairman of Tata Group and Indian business tycoon Ratan Tata has hailed the mega defence deal that was inked with European aerospace giant Airbus. On Thursday, the Tata Group and Airbus signed an Rs. 22,000 crore deal for the manufacturing of C-295 military aircraft meant for the Indian Air Force. Taking to Twitter, Ratan Tata has congratulated Airbus Defence, Tata Advanced Systems Limited and the Indian Defence Ministry.  In his statement, Ratan Tata stated that the clearance of the joint project between Airbus Defence and Tata Advanced Systems is a 'great step forward' in the opening of aviation and avionics projects in India. Tata further remarked that the deal envisages the total manufacturing of the C-295 military aircraft in India. He added that the deal will also create a domestic supply chain capability at par with international standards and will bolster India's equity framework. The business tycoon said that it will also be in support of the 'Make in India' initiative.

"The Tata Group congratulates the Airbus and the Indian Defence Ministry for this bold step in fully building this state-of-the-art multi-role aircraft in India," said Ratan Tata

According to the deal, the 40 C-295 military aircraft will be set up in Uttar Pradesh where a Tata and Airbus manufacturing plant is likely to be set up. This comes after the Centre had promoted the involvement of India's private sector in defence manufacturing. Apart from the 40 C-296 aircraft that will be built in India, another 16 will be transported from Europe within two years. According to the group, all aircraft will be supplied within 10 years. The C-295 aircraft is used as a transport aircraft by the military to transport tonnes of equipment and weapons and is being seen as a replacement for the Indian Air Force’s Avro aircraft fleet.

READ | Ratan Tata expresses his love for piano & wants to learn the skill at 83; netizens react