Real-world Superheroes Teach Autistic Child Skateboarding, Get Hailed By His Mother And Offered A Pizza Party By Local Police

Every now and then, between all the memes, frivolity, trolling and political polemics, social media also throws up something that is genuinely heartfelt and meaningful.

Every now and then, between all the memes, frivolity, trolling and political polemics, social media also throws up something that is genuinely heartfelt and meaningful.

This time, it's a mother’s note of gratitude that has gone viral on social media. She has thanked a group of teenagers who taught her autistic son skateboarding on his birthday. Seeing the video of him skateboarding was enough to make the Internet get emotional.

"Today is my son's 5th birthday and he has high functioning autism and ADHD," wrote Kristen Braconi in her Facebook post, sharing two videos of teens playing with her son, Carter. 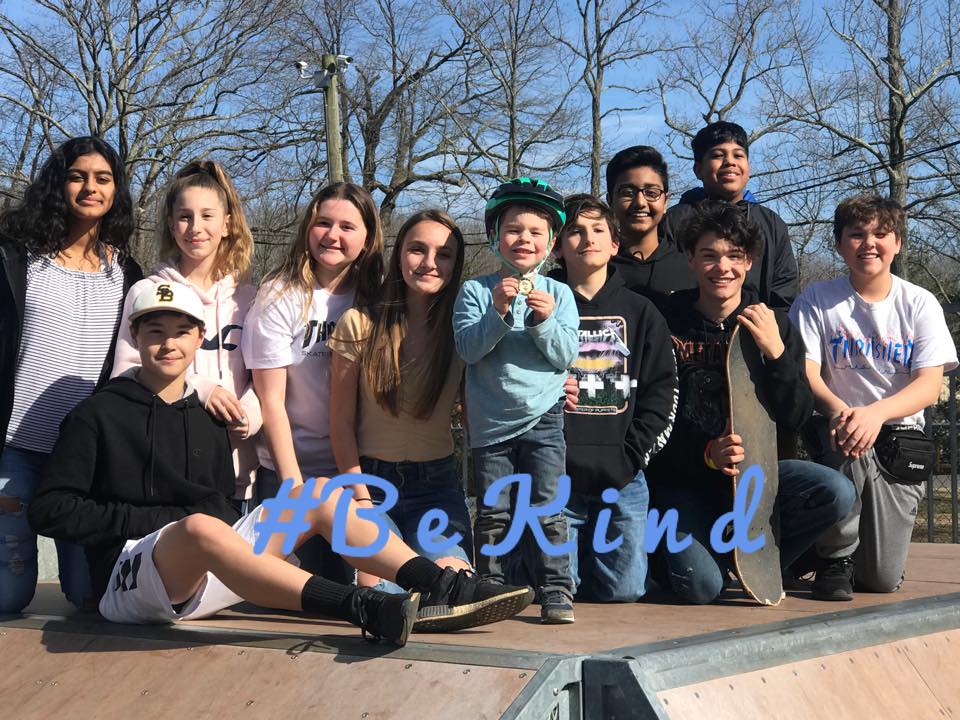 According to Kristen, Carter was riding his scooter along the concrete bumps when a group of older kids showed up - which made him "really nervous. "However, the teens put him at ease by singing 'Happy birthday' for him and gifted him a mini skateboard.

"They were absolutely amazing with him and included him and were so beyond kind it brought me to tears. I caught a video of them singing to my son and one of the kids gave him a mini skateboard and taught him how to use it," wrote a grateful Kristen, sharing the video.

"I can't even begin to thank these kids for being so kind and showing him how wonderful people can be to complete strangers," she added.

The Public Information Office of the South Brunswick Township Police Department called these teenagers Superheroes and took to Twitter to ask people to find them. It said that it would throw a pizza party for them. Later all the major media houses in the United States found the teenage group and covered them extensively.

LOOKING TO FIND SOME SUPERHEROES - On Tuesday some older kids turned into superheroes right behind police headquarters.

Here is the story - A mom took her son to the South Brunswick Skate Park for his 5th birthday. He has high functioning autism and ADHD. pic.twitter.com/DLITBsQz9m

He was in the park on a scooter, some older kids showed up. The older kids went out of the way to include the 5 year old. The boy's mom took a video of kids singing to her son happy birthday. One of the kids gave him a mini skateboard and taught him how to use it.

These kids showed the care and compassion of Superheroes. We want to throw them a little pizza party to recognize their Superheroe status. If you know who they are contact Lieutenant Gene Rickle.@BonnieCapes@sbsdnews@SBSDBOE#SouthBrunswickProud