Two more non-Kashmiri labourers were shot dead by terrorists in the Wanpoh area of Kulgam district. Get the latest updates and breaking news on Republic World. 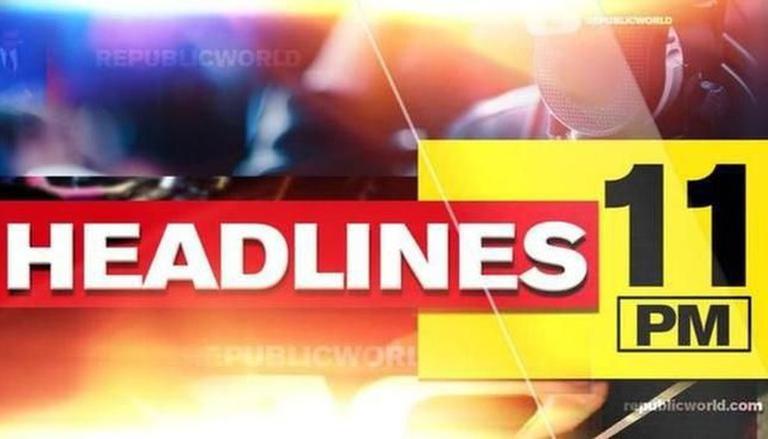 In yet another shocking development from Jammu and Kashmir, two non-Kashmiri labourers were shot dead by terrorists in the Wanpoh area of Kulgam district on Sunday. In the incident, one labourer suffered injuries. Following this, he was shifted to the hospital.

Bhupesh Baghel Asked By Sonia Gandhi To Step Down As Chhattisgarh CM By Month End: Sources

In a major political scoop accessed by Republic Media Network on the Chhattishgarh Congress crisis, party president Sonia Gandhi has asked Chief Minister Bhupesh Baghel to resign before November. According to sources, CM Baghel has been asked to quit by October end.

Nearly 75 days after the Rudra helicopter crashed into the Ranjit Sagar Dam near Pathankot, the Indian Army and Navy have managed to recover the body of Capt Jayant Joshi, the second pilot who went missing after the incident. As per an official statement of the PRO Defence, the body of the late Captain has been recovered from the lake bed using hi-tech equipment.

Prime Minister Narendra Modi on Sunday expressed grief over the loss of lives in Kerala due to heavy rains and landslides. PM Modi also spoke to Kerala Chief Minister Pinarayi Vijayan and discussed the situation in the state. Speaking on the Kerala flood situation, Prime Minister said that authorities are working on the ground to assist those who have been injured or affected.

Former Indian cricketer Yuvraj Singh was arrested by the Hansi Police on Saturday in a case lodged against him for using a casteist slur against spinner Yuzvendra Chahal. The former Indian cricketer was reportedly released on interim bail following the interrogation. Yuvraj Singh was arrested under section 153A and section 505 of the Indian Penal Code.

A Sonipat court on Sunday remanded all three accused to 6-day police custody. The three accused namely- Narayan Singh, Bhagwant Singh and Govind Preet Singh were produced before the Sonipat court today in connection with the death of Lakhbir Singh, the Dalit labourer whose body was found in a mutilated condition near the farmers' protest site.

After repeatedly skipping previous summons, Bollywood actor Jacqueline Fernandez has been asked to appear before the Enforcement Directorate (ED) once again on October 18, Monday. Her summons comes in connection with the Rs 200 crore extortion and money laundering racket that has been filed against conman Sukesh Chandrasekhar and his wife Leena Maria Paul.

Rakesh Tikait has slammed the government over the murder of Lakhbir Singh and asked to not link the Singhu border lynching to the farmers' protest. Speaking to ANI, Tikait alleged that the incident was a conspiracy of the government and said that the government can deteriorate the situation at the border at any time.

Ram Lalla's Idol In Ayodhya To Be Illuminated By Sun Rays; Inspired By Odisha Sun Temple

The Ram Mandir in Ayodhya will be designed in a way that allows sun rays to illuminate the idol of Lord Ram and its sanctum sanctorum on every Ram Navami, said the Sri Ram Janmabhoomi Tirath Kshetra Trust on Sunday.