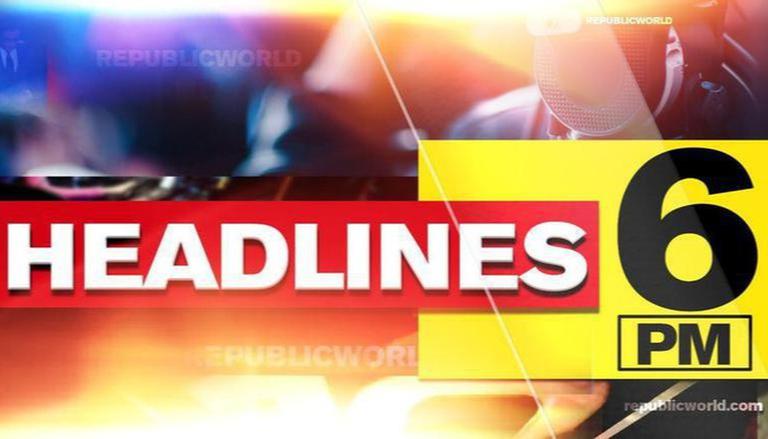 In a major development in the case involving Aryan Khan and others arrested in the Mumbai cruise drugs case, a sessions court on Thursday reserved its order on their bail petition. After hearing the arguments concerning the bail petition of Aryan Khan, Munmun Dhamecha, and Arbaaz Merchant, the court reserved its verdict for Wednesday, October 20.

Union Home Minister Amit Shah on Thursday said that India will not tolerate any attacks on its international border. Shah's statement comes in the wake of recent terrorist attacks targeting civilians in Jammu and Kashmir. Addressing an audience in Goa, the Home Minister asserted that India carried out surgical strikes for the first time under the leadership of Prime Minister Narendra Modi and during the time of former Union Minister Manohar Parrikar. Shah indicated that India will carry out surgical strikes again if required.

While addressing the Shanghai Cooperation Organisation (SCO) virtual conference on the Role of Women in Armed Forced, on October 14, Defence Minister Rajnath Singh said that women will be eligible to join the country's premier tri-service pre-commissioning training institute, the National Defence Academy (NDA), commencing in 2022. Additionally, Singh stated that the induction of women in Military Police commenced in 2020, which led to the presence of women in the rank and file of the Army.

In an exclusive conversation with Republic TV, former Army Chief JJ Singh reacted to the statements made by Home Minister Amit Shah on Thursday and added that India is on the right path. Extending support to Shah, the ex-Army Chief (Retd) said that it is right to say that the nation will retaliate. Addressing an audience in Goa, the Home Minister asserted that India carried out surgical strikes for the first time under the leadership of Prime Minister Narendra Modi and during the time of former Union Minister Manohar Parrikar. Shah indicated that India will carry out surgical strikes again if required.

Actor-dancer Nora Fatehi has been summoned by the Enforcement Directorate over a money-laundering case. The Dilbar artist has been asked to be present before the agency on Thursday. ED has also summoned Jacqueline Fernandez in the same case again. Nora Fatehi was snapped arriving for the questioning at the ED premises in Delhi. As per sources, Jacqueline Fernandez will also be a part of the investigation soon. She will arrive for the questioning on Friday.

Senior Congress leader and Member of Parliament (MP) from the Berhampur constituency in West Bengal Adhir Ranjan Chowdhury on Thursday came down heavily on the Centre's decision to extend the BSF's jurisdiction to a 50km range along the International Border (IB) in West Bengal, Assam, and Punjab. Chowdhury said that it is a "brazen infringement upon the territory of states."

On Thursday, the SIT probing the Lakhimpur violence recreated the crime scene with the accused- Ashish Mishra, Ankit Das, Latif and Shekhar Bharti. This assumes significance as this is the last day of the police custody of Union MoS Home Ajay Mishra's son. A day earlier, late Congress MP Akhilesh Das' nephew Ankit Das and his gunman Latif were arrested after hours of questioning by the SIT chief Deputy Inspector General Upendra Agarwal.

An explosion in Afghanistan damaged a Taliban security forces vehicle in Asadabad, the capital of Kunar province, on 14 October, killing a Taliban official and wounding 11 others, according to a provincial source. Meanwhile, Attahullah Sapay, the province hospital's director, stated that 11 injured people were admitted to the main provincial hospital as a result of the incident. He told Xinhua that seven civilians, including a woman and two children, were among the wounded, as were four Taliban members. In the region, militants linked to the Islamic State (IS) are active.

Pakistan International Airlines (PIA) on Thursday, 14 October suspended operations in Kabul after the Taliban threatened to slash the ticket prices. Republic Media Network sources have revealed that one Pakistani official was held for hours at gunpoint in Kabul by the Taliban members. Notably, the PIA staff was only set free after the Pakistani embassy in Kabul intervened. Additionally, multiple incidents of the airlines’ staff being threatened were reported.