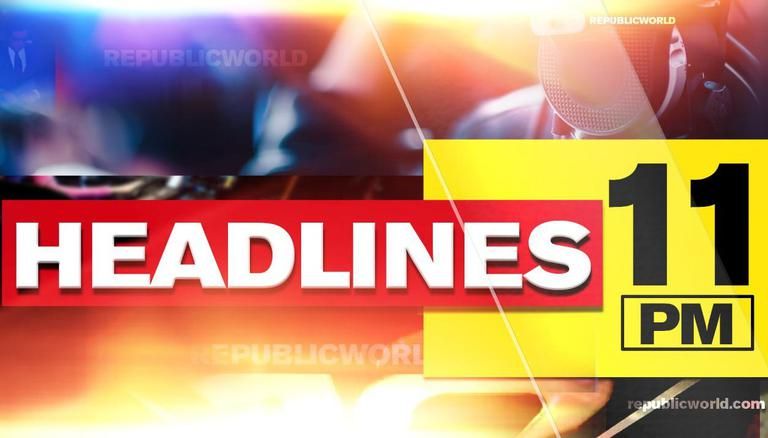 Mehul Choksi's wife Priti Choski broke her silence after her husband's alleged abduction to Dominica from Antigua on May 23 and spilled the beans on the 'mystery woman' who is alleged to have lured him on May 23. Speaking exclusively to Republic TV from Antigua and narrating the incidents that occurred on May 23, Priti Choksi claimed that Mehul Choksi was abducted while he was en route to pick up someone for dinner and that he was bundled up by men, following which he was taken away by a boat. Priti Choksi revealed that her husband's Antiguan passport was in her possession.

Union Minister of State for Finance Anurag Thakur on Wednesday gave a point-by-point rebuttal to senior Congress leader P Chidambaram's statement that 2020-2021 is the darkest year of the Indian economy in four decades. Issuing a statement via Twitter, Thakur said he is not surprised that the former Finance Minister chose to "ignore facts and went ahead with whataboutery".

A day after former West Bengal Chief Secretary Alapan Bandyopadhyay was showcaused under the Disaster Management Act, TMC MP Abhishek Banerjee has hit back at the Centre. Mamata Banerjee's nephew & TMC MP demanded action against Prime Minister Narendra Modi, Union Home Minister Amit Shah and Election Commission (ECI) for violating COVID-19 norms amid the pandemic. He said action should be taken against all the political parties including TMC.

Pakistan's Opposition leader Bilawal Bhutto-Zardari scorched PM Imran Khan for allegedly lying to the world about the press freedom in his country and slammed the PTI govt for not providing adequate security to journalists in Islamabad. Bilawal Bhutto's attack against Imran Khan comes after he visited injured journalist Asad Ali Toor, who was allegedly assaulted by three masked men at his Islamabad residence earlier in May.

The Dehli High Court began the virtual hearing over the plea filed by actress-environmentalist Juhi Chawla against the implementation of 5G mobile technology in India. However, a bizarre incident took place during the hearing as a man who was attending the hearing virtually started singing songs from Juhi Chawla's films. The man reportedly sang thrice at different intervals, prompting Justice JR Midha to direct the authorities to find out who the person was and issue notice to him after his third attempt.

Amul vice-chairman Valamji Humbal urged Prime Minister Narendra Modi to ban the NGO and said that it was attempting to ruin the livelihood of people. In addition, Humbal also said that PETA's actions tarnish the image of the Indian Dairy Sector. In a release, Himbal asserted that the dairy sector is a crucial contributor to the GDP of India. However, the GDP can be affected he 'adversely' by misinformation, he added. Humbal further alleged a conspiracy against the milk industry of India.

Dr JA Jalal, the President of the Indian Medical Association expressed his anguish over the latest incident in Assam' Hojai District. Dr Jalal demanded the declaration of a  'protective zone' within the hospital to safeguard healthcare workers. He stated that incidents of doctors facing verbal abuse and physical assault are reported very often in the country, thus to ensure the security of the doctors, hospitals are needed to be announced as protective zones, and stringent action against such incidents should be implemented.

As the number of COVID cases is declining in the country, the Federation of Indian Chambers of Commerce and Industry (FICCI) on Wednesday wrote to Union Commerce and Industry Minister Piyush Goyal and suggested a graded approach for permissible economic activity "which balances lives and livelihoods". The chamber also stated that the ferocity of the second wave highlighted that waiting too long to impose restrictions can result in a surge of cases thus putting immense strain on medical infrastructure.