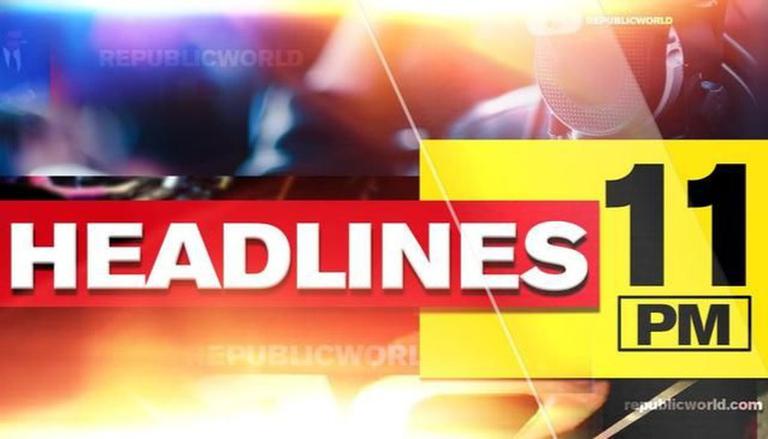 The Taliban, on September 7, announced the formation of the 'Government of Islamic Emirate'. While Mullah Mohammad Hasan Akhund is inducted as Afghanistan's acting Prime Minister and Head of State, Mullah Abdul Ghani Baradar has been named as the Deputy Prime Minister. As gazes are affixed to the newly-inducted cabinet of ministers, the world is concerned about the affiliation and track records of most of the leaders named by the hardline Islamic group.

Violent clashes erupted between activists of the ruling Bharatiya Janata Party (BJP) and Opposition CPI(M) in different parts of Tripura on Wednesday. As per PTI reports, the trouble had started in Udaipur town of Tripura's Gomati district after CPI(M)'s youth wing Democratic Youth Federation of India carried out a procession and a few activists from the rally allegedly attacked a BJP activist, who was passing by. The BJP activist, who was attacked has been injured seriously.

As the Afghan people continue to stage protest against Pakistan, the Taliban on Wednesday open fired at the protesters in the capital city, Kabul. In the exclusive video accessed by Republic Media Network, the Taliban is seen open firing at the Afghan citizens, who were protesting by chanting anti-Pakistan slogans.

Ravichandran Ashwin was named in India’s T20 World Cup scheduled for October-November in UAE after a 4-year hiatus, but who would have ever thought the veteran spinner would still have a chance in India's limited-overs team? Ashwin hasn't been in the scheme of things in T20Is for a long time last having played in the shortest format during India's tour to West Indies back in 2017.

The Bharatiya Janata Party (BJP) went all guns blazing against J&K leaders Farooq Abdullah and Mehbooba Mufti after they openly acknowledged the newly formed Taliban government in Afghanistan and expressed hope for a 'peaceful' regime even though the ground reality shows a completely different picture.

The Income Tax Department on Wednesday attached properties of expelled AIADMK leader VK Sasikala's bungalow and other properties under the Benami Transactions (Prohibition) Act. The bungalow worth nearly Rs 100 crore is located in the Payyanur village near Siruthavur, in the Kanchipuram district. The properties spread across 24 acres were reportedly bought between 1991 and 1996 when Sasikala's close aide late Ms Jayalalithaa was the Chief Minister of the state.

While speaking at a Trinamool Congress workers convention, Chief Minister Mamata Banerjee targeted the Centre and charged them for conspiring against her. The Bengal CM blamed the Centre over the recent interrogations set up by the Central Bureau of Investigation (CBI) and Directorate of Enforcement (ED)against TMC members accused of bribery, money laundering, and violence among others.