The Mehul Choksi citizenship issue came into focus after he landed up in Dominica. India is trying its best to secure his deportation. Here is a timeline: 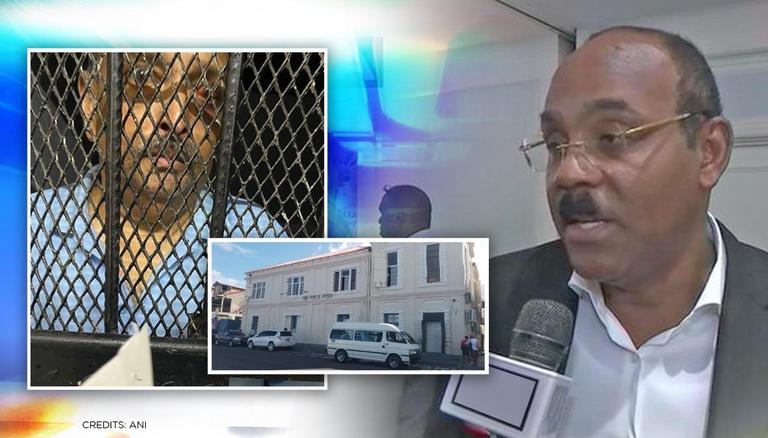 
India has been making enormous efforts to secure fugitive diamantaire Mehul Choksi's extradition in connection with the Punjab National Bank scam case. Along with his nephew Nirav Modi, he has been accused of allegedly siphoning off Rs 13,500 crore of public money from the PNB, using letters of undertaking.

He fled the country in January 2018 after securing the citizenship of Antigua and Barbuda in November 2017 under the aegis of the Citizenship by Investment Programme. While Antigua and Barbuda PM Gaston Browne had commenced the process of revoking the citizenship of Mehul Choksi on October 14, 2019, the case saw fast-paced developments after the latter went 'missing' from the island nation and landed in Dominica.

As per his lawyer, Vijay Aggarwal mentioned that Choksi had gone out for dinner in the Antigua island on May 23 but didn't return. While his vehicle was discovered in Jolly Harbour later, there was no trace of him.

Claiming that his family members have no idea about his whereabouts and are worried, Aggarwal added that the local police are investigating the matter. Soon, it emerged that he reached Dominica on the same day by travelling on a yacht.

READ | Republic Exclusive: Mehul Choksi seen in the open for the first time in years, in Dominica

On May 27, the Dominican government issued an official statement confirming that the fugitive had been detained for illegal entry into the country. It specified that a red alert had been issued by Interpol bearing Choksi's name.

Speaking to Republic TV, Antigua and Barbuda PM Gaston Browne opined that Choksi does not enjoy any constitutional protections in Dominica. According to him, the PNB scam accused can be repatriated to India on being declared persona non grata by Dominica.

Meanwhile, he told ANI in a separate interview that Antigua and Barbuda will not accept Choksi back. Commenting on his government's position pertaining to the fugitive's family, he stated, "They are not known to be, let's say, criminals or would have done anything illegal. Just like any other citizen from any other country, they are here legally".

Mehul Choksi's legal team filed a habeas petition in the Dominica High Court thereafter highlighting deprivation of constitutional rights. Habeas Corpus is a writ requiring a person under arrest to be produced before a court, especially to secure a person's release.

Speaking to ANI, the fugitive diamantaire's lawyer Vijay Aggarwal claimed that his client had "torture marks" on his body and was abducted by various persons from Antigua who brought him to Dominica. His local lawyer Wayne Marsh came down heavily on Antigua and Barbuda PM Gaston Browne for his take on the Mehul Choksi citizenship issue.

Domestic battle in Antigua and Barbuda

The Mehul Choksi citizenship issue created ripples in the domestic politics of the island nation as the United Progressive Party called for due process in the case. However, Browne not only reiterated his government's intent to revoke Choksi's citizenship but also claimed that the latter had funded the aforesaid opposition party.

Alleging that the PM is restoring to "blatant lies", the UPP denied that its 2018 election campaign was funded by Choksi. In another jibe at the government, the UPP pointed out that Choksi was accorded the citizenship of Antigua and Barbuda under the Gaston Browne administration.

Opposition leader Harold Lovell told Republic TV, "Our interest is our Constitution and law. I was very disappointed when Antigua PM said such things, where there is no evidence. There is absolutely no truth to it."

The controversy over Mehul Choksi boiled over into Dominica's political scene as well with Leader of Opposition Lennox Linton accused the government of being involved in the 'abduction' of the fugitive from Antigua and Barbuda. In a statement, he alleged that the removal of Choksi from Antigua and Barbuda to Dominica was intended to facilitate his transfer to India without having to wait on the outcome of the ongoing extradition proceedings.

He questioned the police's discriminatory behaviour by taking Choksi into custody while not questioning crew members and other passengers of the yacht. Thereafter, Linton demanded a full investigation into this matter and remedial action to restore Dominica's reputation.

The Eastern Caribbean Supreme Court has temporarily stayed the repatriation of Mehul Choksi, allowed him to meet his legal counsel and adjourned the matter to 9 am on June 2. While he tested negative for COVID-19, he was admitted to the Dominica China Friendship Hospital.

On May 31,  Republic TV accessed exclusive visuals of the fugitive diamantaire from Dominica which indicates that he has suffered some injuries. The pictures from where he is presently admitted, show bruises on his hand and face. 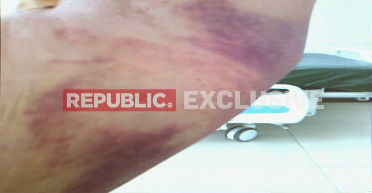 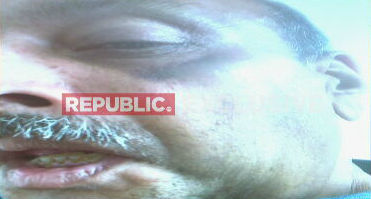 Indian officials arrive ahead of the hearing

It was the Antigua and Barbuda PM who first claimed that India had sent a charter plane with all necessary evidence and documents to Dominica on May 28 to back its case seeking the extradition of Mehul Choksi. Ahead of the hearing in the habeas corpus case, an 8-member Indian team landed in the country.

This comprised two members each from the CBI, ED, MEA besides two CRPF commandos. DIG Sharda Raut, the present investigator in the PNB scam case is heading the CBI team.

Sources confirmed to Republic TV that Mehul Choksi was with a woman when he landed in Dominica. She was allegedly a part of the team that 'abducted' Mehul Choksi, implying that she may have been part of an effort to honeytrap Choksi in a well-planned ploy.

As per sources, the woman with whom Mehul Choksi had apparently gone to Dominica on a 'romantic trip' was staying in Antigua and had started meeting Choksi on evening walks during which she befriended him. Later on May 23, the woman had allegedly called Choksi to meet him at an apartment, where other people were present who allegedly kidnapped, tortured and took him to Dominica.

Mehul Choksi's wife Preeti Choksi broke her silence on the fugitive's detention and spoke exclusively to Republic TV on June 2. She claimed that Mehul Choksi was abducted while he was en route to pick up someone for dinner and that he was bundled up by men, following which he was taken away by a boat.

Shedding light on the 'mystery woman' in question, Priti Choksi said that she did not know her personally and that her husband had first met her in August 2020. She said that the 'mystery woman' would go on walks with Mehul Choksi to public beaches and allegedly insisted on going to a secluded place to which her husband had denied and suggested going to dinner instead.

Mehul Choksi's wife Preeti Choksi remarked, "The authorities are looking into that (mystery woman leaving Antigua) and they believe that she left the island very soon after this happened. I believe the investigations are on and I wouldn't know more than that."

A day earlier, Dominica HC judge Bernie Stephenson directed that he should be produced before a Magistrate and adjourned the hearing till 9 am on June 3. During the hearing, Choksi stated that he does not feel safe in police custody and should be sent back to Antigua and Barbuda citing the injury marks on his body.

Reportedly, the Dominican government urged the court to quash the plea and backed his deportation to India. The Punjab National Bank scam accused was represented by a battery of prominent lawyers, of which four were inside the courtroom.

In a startling revelation, Dominican sources reported that the country's Opposition Leader Lennox Linton was spotted with fugitive diamantaire Mehul Choksi's brother Chetan on Wednesday during the Mehul Choksi hearing at Dominica High Court. As per sources, Lennox was present in court from 9 am to about 2 pm along with Chetan.

This assumes significance as Caribbean news outlet Associates Times had alleged that Chetan Choksi asked Linton to issue statements in the favour of his brother in lieu of the 2,00,000 dollars token amount and funding for the upcoming general election. However, he had strongly refuted this claim in an interview with Republic TV.

Mehul Choksi received another setback after a Magistrate court in Dominica rejected his bail application and adjourned the matter to June 14. State Attorney Sherma Dalrymple argued against granting him bail citing that he is a "flight risk".

Elaborating further, she stated that the PNB scam accused has an Interpol Red Notice issued against him and pending court proceedings pertaining to extradition in Antigua and Barbuda. Refuting these submissions, Choksi's counsel Wayne Norde contended that his client's health condition, the Interpol Red Notice and the extradition proceedings would compel him to not leave Dominica.

Citing Section 4 of the new bail Act, he asserted that the fugitive was entitled to bail as a right unless the offence is of a serious nature. Furthermore, he informed the court that it can impose stringent bail conditions and a bond of 10,000 East Caribbean dollars which is double the maximum penalty for "illegal entry".

However, Magistrate Candia Carrette-George said that she is not convinced that the former will stay in Dominica during the trial considering the "severity" of the matter. The accused will be placed in police custody after the Dominica China Friendship Hospital discharges him.

Reacting to this development, his advocate Vijay Aggarwal mentioned that the legal team would appeal against this order in the High Court. Meanwhile, the Dominica High Court shall continue to hear the habeas corpus plea later in the day.