Sabarimala Temple Opens For Mandalam-Makaravilakku Fest; Devotees Allowed To Enter By 4 Am 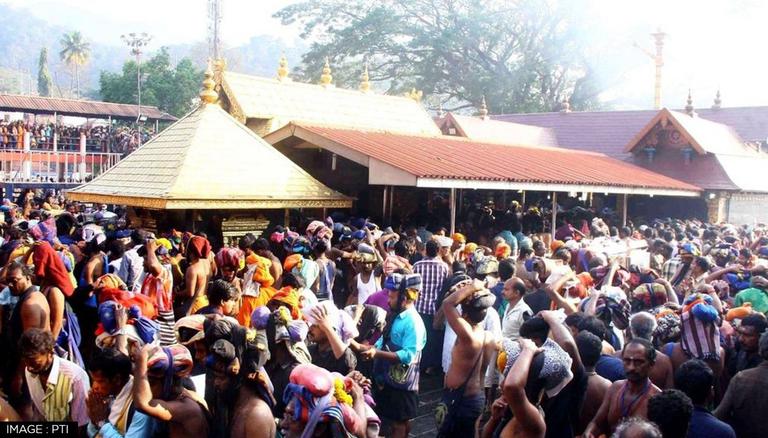 
The doors of Lord Ayyappa temple at Sabarimala opened for pilgrims to mark the beginning of a two-month-long annual Mandalam-Makaravilakku festival on Tuesday, November 16.

Outgoing head priest VK Jayaraj Potti opened the sanctum sanctorum in the presence of a chief priest (Tantri) Kandararu Mahesh on Monday after which the upadevata temples were reopened and the sacred fire was transferred to the Asahi. Sabarimala Special Commissioner M. Manoj was present on the occasion.

Later in the day, the newly selected chief priests for the Ayyappa temple and the Malikappuram Devi temple — N. Parameswaran Namboothiri and Sambhu Namboothiri—were installed.

This year, the Mandalapooja festival commences from November 16 to December 26 while the temple will reopen for the Makaravilakku festival from December 30 to January 20 next year. During the period, devotees can visit the Sabarimala Temple situated within the Periyar Tiger Reserve in the Pathanamthitta district of Kerala.

READ | All set for annual pilgrimage to Sabarimala temple

The devotees who booked for darshan through the virtual queue system were permitted entry to the hill shrine from Tuesday morning onwards. After the Makaravilakku festival concludes on January 14, the temple will be closed on January 20.

READ | Sabarimala temple reopens for a day; To open on Nov 15 for Makaravilakku festival

As many as 680 police officers led by Special Officer A. Prem Kumar have been deployed across the pilgrimage zone to check the increasing pilgrim footfalls. Additionally, 76 CCTV cameras have been installed across the region.

READ | Kerala HC questions govt over virtual queue system at Sabarimala, asks if it is authorised

The two-month-long season, which used to attract millions of devotees every year, is being held under strict COVID-19 guidelines this time. Authorities have already issued an advisory to ensure strict compliance to health protocols by pilgrims while visiting the hill shrine to prevent.

The number of booking slots in the virtual queue system is limited to 30,000 per day, which may be as the pandemic situation eases. The pilgrimage season last year was scaled back drastically limiting the number of visitors to less than one lakh.