Dell company, Shikshana Foundation, and Ashwatha Narayana Foundation took up the drive. Gowda also informed that the vaccines were procured from open market. 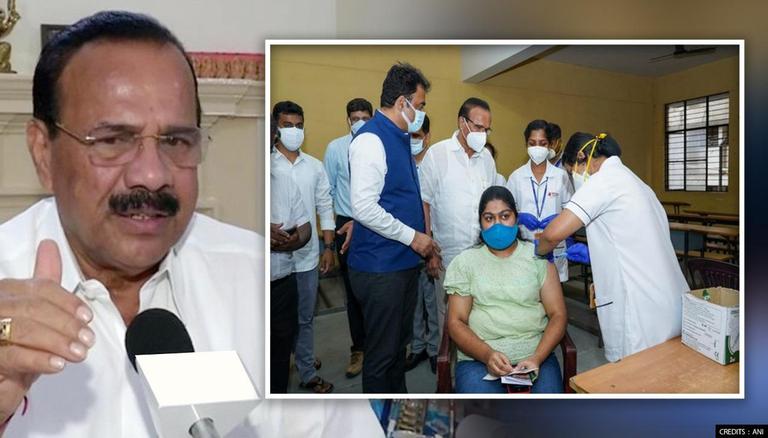 
The Union Minister for Chemicals and Fertilisers DV Sadananda Gowda launched a free vaccination campaign on Saturday for students in the Malleswaram Assembly Constituency. The Minister informed that the vaccines were procured from the open market. The vaccination drive was taken up by Dell Company, Shikshana Foundation, and Ashwatha Narayana Foundation.

The Karnataka Deputy Chief Minister and State COVID task force head, Dr. CN Ashwath Narayan, who is also the MLA of Malleswaram constituency informed that on the first day of the drive, 1,000 students were inoculated. Among these, 525 students belonged from Government Colleges and 475 students to Private Colleges. The vaccines administered to the students were funded by the Dell Company, noted Dr. Narayan. He also informed that 3.5 lakh vaccines have been arranged through vaccination to keep the drive going by Prashanth Prakash, advisor to the Chief Minister.

Speaking about the future of the drive, Dr. CN Ashwath Narayan said, "Vaccination drive will be further expedited in the state and as informed by Central Minister DV Sadananda Gowda, 20 crore vaccines are being produced in the month of June. By July, production will be increased and it will reach production of 40 crore monthly vaccines by the month of August. Then there will be surplus production in the country."

Dr. Narayan also called upon everyone who is 45 years and above to get vaccinated and help the government in completing its target of vaccinating everyone with at least one dose by December. He noted that vaccination for the preferential group is undergoing and 17 lakh people belonging to this group have already been inoculated. People with voter cards and BPL cards are being identified by the Government to ensure that no one is left.

READ | Allocation of Remdesivir made upto May 23 to ensure adequate availability: Sadananda Gowda

Ashwath Narayan and Sadananda Gowda also visited Vdyadayini school in Palace Guttahalli and Jyayaram slum in Mattikere later. There they monitored the COVID management works and interacted with people.

Karnataka is also suffering from the post-COVID complication, Black Fungus or Mucormycosis. As of Saturday, the state has registered 1,784 cases. The state Health Minister, Dr. K Sudhakar informed that 18,650 vials of Amphotericin B were received by the state from the Centre. He further informed that State Health Ministry is considering treating the cases of Black Fungus under the Ayushman Bharat Arogya Karnataka scheme. Mucormycosis was declared an epidemic in the state of Karnataka on May 21.