Amid the tussle between the Narcotics Control Bureau and the NCP, Sameer Wankhede has now revealed that a peddler named Salman had approached his sister. 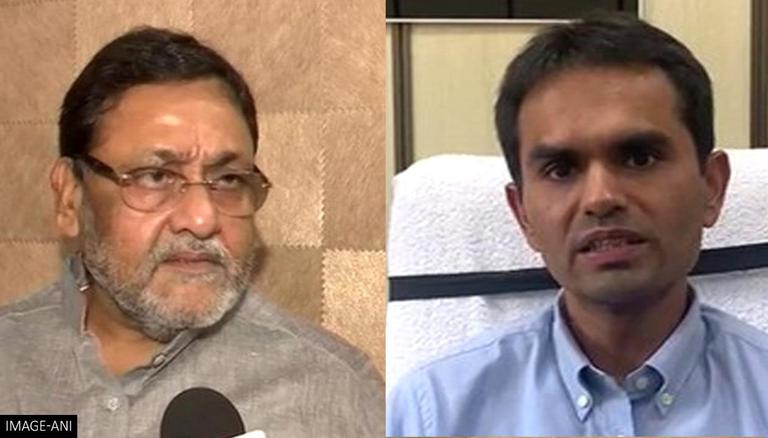 
Amid the tussle between the Narcotics Control Bureau (NCB) Zonal Director Sameer Wankhede and Nationalist Congress Party (NCP) leader Nawab Malik, the former has now revealed that a peddler named Salman had approached his sister. Sameer Wankhede however informed that since his sister does not take up NDPS cases, Salman was sent back. Moreover, the NCB officer has claimed that Salman had tried to trap his family through a 'middleman'.

In addition, Sameer Wankhede also remarked that Salman is arrested and is currently in jail. He also asserted that false allegations were levelled by sharing his WhatsApp chat. In another big revelation, Wankhede claimed that the middleman also tried to trap his family and had given a false complaint to the Mumbai Police. The NCB Zonal Director has said repeated attempts are being made by the drug mafia.

A peddler, Salman had approached my sister but she doesn't take NDPS cases so she sent him back. Salman had tried to trap us via a middleman. He was arrested &he's in jail. False allegations being levelled by sharing his WhatsApp chat: Sameer Wankhede on Nawab Malik's allegations pic.twitter.com/PKVhP2BQ6M

The middleman, who had tried to trap us, had given a false complaint earlier this year to Mumbai Police. Nothing came out of it. After that peddlers like Salman were used to trap my family. Such attempts are going on, drug mafia is behind this: NCB Zonal Director Sameer Wankhede

As for the NCP leader Nawab Malik's relentless attacks, mainly on Wankhede's expensive clothes, the NCB officer responded and stated that those are just rumours. He hit back at Nawab Malik and stated that he 'has less knowledge and he should find out these things'.

READ | 'Had to write his name': Amruta Fadnavis rebuts Nawab Malik linking her to drug accused

As far as my expensive clothes (worn by Wankhede - as alleged by Nawab Malik) is concerned, it is just a rumour. He has less knowledge and he should find out these things: Mumbai NCB Zonal Director Sameer Wankhede on Maharashtra Minister Nawab Malik's allegations

Earlier on Monday, Sameer Wankhede approached the  National Commission for Scheduled Castes (NCSC) in Delhi amid Maharashtra Minister and NCP leader Nawab Malik's repeated allegations. Speaking to the media, Wankhede said that all documents have been presented before the NCSC. In addition, he remarked that his complaints against Malik will also be verified by the Caste Commission officials.

"What I wanted to tell the honourable chairperson, I have said, and I have presented all the relevant. documents," he added also condemning Nawab Malik's allegations against him.