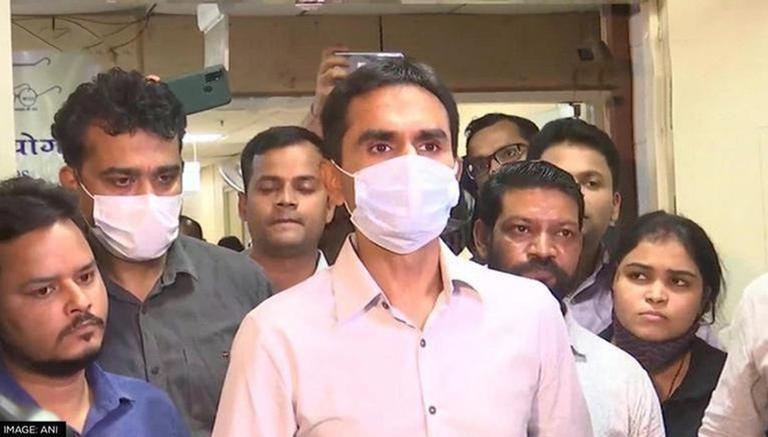 
Marred with controversies, the tenure of IRS officer Sameer Wankhede as the Narcotics Control Bureau's (NCB) Zonal chief ended on December 31. Sameer Wankhede will now report to the Director of DRI (Directorate of Revenue Intelligence) in Delhi from Monday, an order by the Home Ministry read.

Sameer Wankhede's stint at NCB comes to an end

The order came a day after Maharashtra Minister Nawab Malik, who had been at loggerheads with Wankhede, had claimed that some influential BJP leaders from the state were lobbying for the extension of his term at the level of the Union home ministry.

"Despite a negative report against Sameer Wankhede for his wrongdoings, some influential BJP leaders are pursuing with the Union Home Ministry to change his negative report to positive and get him an extension in NCB. Let them do that. After the order is issued, we will seek information under the RTI and expose the manner in which it has been done," said Malik. Sameer Wankhede and the drug syndicate

As zonal director of NCB, Wankhede was involved in action against the drug syndicates allegedly involving Bollywood celebrities in the aftermath of actor Sushant Singh Rajput's death by suicide.

In 2020, starting with Rhea Chakroborty's arrest to summoning and questioning of celebrities like Deepika Padukone, Shraddha Kapoor, Sara Ali Khan and Rakul Preet Kaur based on their alleged WhatsApp chats, Wankhede was the man at the helm of all NCB investigations.

In 2021, actor Armaan Kohli was arrested by the NCB in August 2021 on charges of drug consumption. The arrest and raids were carried out under NCB's Mumbai chief Sameer Wankhede's supervision.

However, Wankhede came to the limelight more than ever when in October 2021, he along with his team raided a Cordelia Cruise en route to Goa, allegedly recovered drugs and arrested 8 including Shah Rukh Khan's son Aryan Khan.