The Dharma Sansad was organized by Yati Narasinghanand in Haridwar where several hardline leaders called for using 'weapons' to defend Hindu Sanatan Dharma. 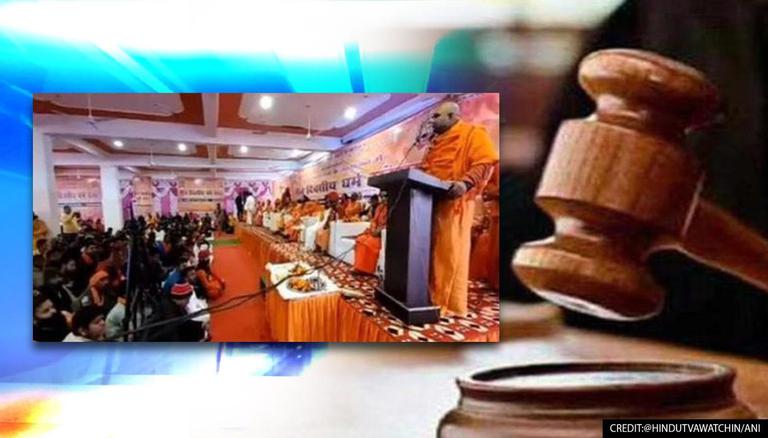 
The Supreme Court will hear a petition seeking an independent inquiry into the Haridwar 'Dharma Sansad' hate speech case on January 12. The petition has been filed by Delhi resident Qurban Ali and Senior Advocate Anjana Prakash demanding an independent, credible, and fair probe by a Special Investigation Team.

Senior advocate Kapil Sibal had mentioned the matter before CJI N V Ramana's bench on January 10 saying that there had been no arrests made despite open calls for 'genocide'. A bench headed by Chief Justice of India NV Ramana, and Justices Surya Kant and Hima Kohli is expected to hear the plea tomorrow.

A second petition over the incident has also been filed by Jamiat Ulama-i-Hind president Maulana Arshad Madani before the top court seeking a ban on 'anti-Muslim speeches and programs' like the Haridwar Dharma Sansad which became a hub of controversy last month. The petition alleged that such programs were 'deliberately conspired to provoke the majority to massacre Muslims'.

"Hate speeches against Muslims have suddenly intensified in the country in recent times. Even the recent programmes held in Haridwar and Delhi have not only caused open provocations but have also deliberately conspired to provoke the majority to massacre Muslims for the establishment of 'Hindu Rashtra'. Unfortunately, no legal action has been taken in these two cases so far," it said.

Alleging that law enforcement agencies had failed to fulfil their duties, Maulana Arshad Madani demanded that a nodal officer be appointed in each district to identify any program that contains hate speech and immediate legal action be taken against the perpetrators. He claimed that a 'very depressing situation' had been created in India and that the silence of the government and political people indicated that they were 'complicit' in the crime.

"It has been requested that the charge sheet against the accused should be filed in the court on time, the police should cooperate with the judiciary for speedy hearing of the case, and also fast track courts be set up for expeditious hearing of such cases," the plea read, demanding that the Supreme Court direct the Director General of Police, Law, and Order, and other officers to file a case within six hours of receiving a 'hate speech' complaint.

The petitioner also asserted that guidelines must be prepared for the denial of bail to persons who "constantly make statements which not only disrupt law and order in the country but also conspire to incite the majority against a particular sect".

The Dharma Sansad was organized by Yati Narasinghanand in Haridwar between December 16-19, where several hardline leaders called for using 'weapons' to defend Hindu Sanatan Dharma from those threatening it.