CJI Bobde said "It is our view and is the consistency of each judge, that the decision must be left to him, a machine ought not to dictate it" 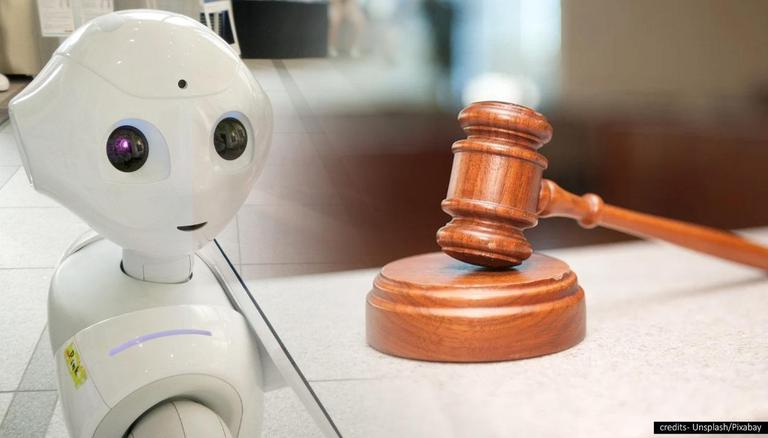 In a first, the Supreme Court of India will now be assisted with Artificial Intelligence that will fetch them facts on any given case accurately, while CJI S A Bobde observed that "The system that's being launched is designed not to decide but to do all discovery of facts to let the Judge decide." The AI portal Supreme Court Portal For Assistance in Court's Efficiency (SUPACE) was launched on Tuesday in the presence of incumbent CJI Bobde, Justice Nagrewara Rao, and CJI designate Justice N V Ramana.

While launching SC's AI portal, CJI Bobde called the system a 'perfect blend of human intelligence and machine learning' and 'a hybrid system', which works better with human intelligence. He stressed that completely relying on the AI for decision making would be disastrous and said "It is our view and is the consistency of each judge, that the decision must be left to him, a machine ought not to dictate it."

Supreme Court’s Artificial Intelligence Committee is organising an event for the launch of AI portal SUPACE in #SupremeCourt today at 5.00 pm.

The SUPACE will be launched by CJI SA Bobde, in the presence of Justice Nageswara Rao. #SUPACE #SupremeCourt pic.twitter.com/dG5ZYWaXjZ

CJI Bobde was addressing certain objections that were raised on AI, as many people he said took it to be an automated decision by the SC in any case. According to Live Law, CJI Bobde clarified "Sufficient care has been taken to ensure that AI only collects all relevant facts & law and makes it available to Judge on their fingertips but doesn't in any way suggest decisions."

'AI can process faster when better examples are given'

The CJI further elaborated that the AI can process words and figures in a better way and the results only get better with more examples that are given to the system, to process. "AI doesn't have access to feelings and emotions and operates in areas of cognition, where understanding takes place only through language and symbols. The system that's being launched is designed not to decide but to do all discovery of facts to let the Judge decide," he reiterated.

CJI Designate N V Ramana called the newly launched SUPACE "an important historical day in the history of SC and Judiciary" and added "Introduction of the AI tool is another feather in the cap of CJI. It is another big step in ensuring access to justice and will be helpful to Judiciary in reducing pendency and delivering justice to needy people."

CJI Rao who is also the chairman of the Supreme Court's AI Committee, and High Court Judges highlighted the use of AI in many crucial areas during a hearing and observed "Work of judges especially in Indian Scenario heavily centre around processing information. The cases are adjudicated upon based on precedents which are more material generated in the adjudication process."

Meanwhile, Justice Rao stated that the AI Committee must recommend all High Court Judges should "start using the time to save time and improve efficiency." The technical team that was involved in the development of SUPACE also presented a live demo of the AI system at the event.