The US President Trump received a ceremonial welcome at Rashtrapati Bhavan by Prime Minister Narendra Modi. Here are the best photos of his 2nd day visit.

The US President Trump received a ceremonial welcome at Rashtrapati Bhavan by Prime Minister Narendra Modi after which they talked over Defence and Trade deals in Delhi. Afterwards, they visited Samadhi of Mahatama Gandhi at Rajghat, and paid their respects. Trump's visit to India has been fruitful to both the nations as they come together in sharing trade, commerce, and culture. Here are some of the best pictures of Trump's visit to Delhi on the second day.

1. US President Donald Trump reviews the guard of honour during a ceremonial reception at Rashtrapati Bhavan in New Delhi. 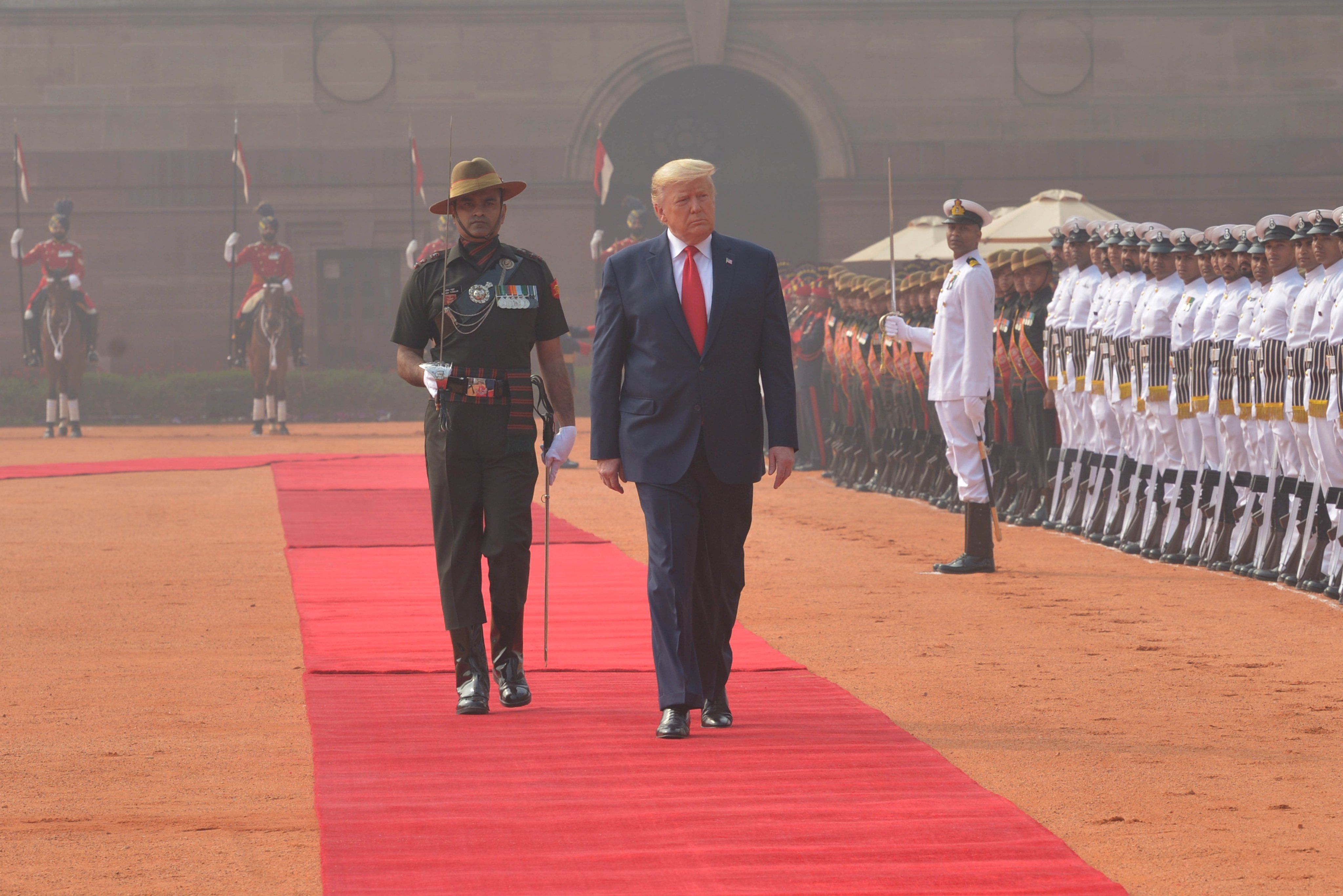 2.  US President Donald Trump and First lady Melania Trump were greeted by Prime Minister Narendra Modi ahead of their meeting at Hyderabad House in New Delhi. 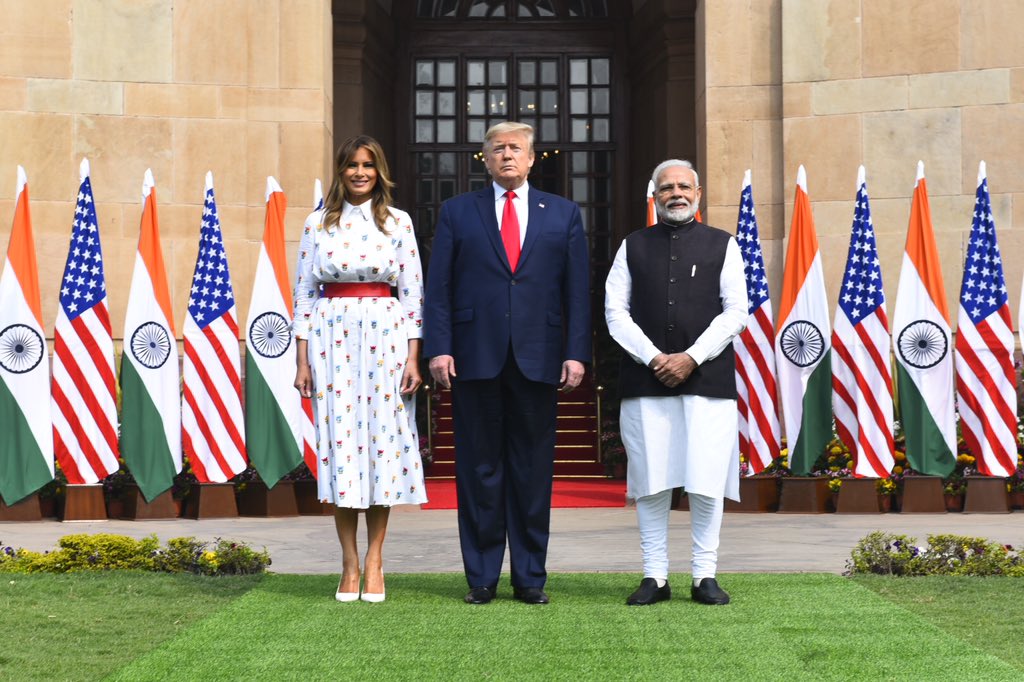 3. President Ram Nath Kovind and US President shake hands during a ceremonial reception at Rashtrapati Bhavan. 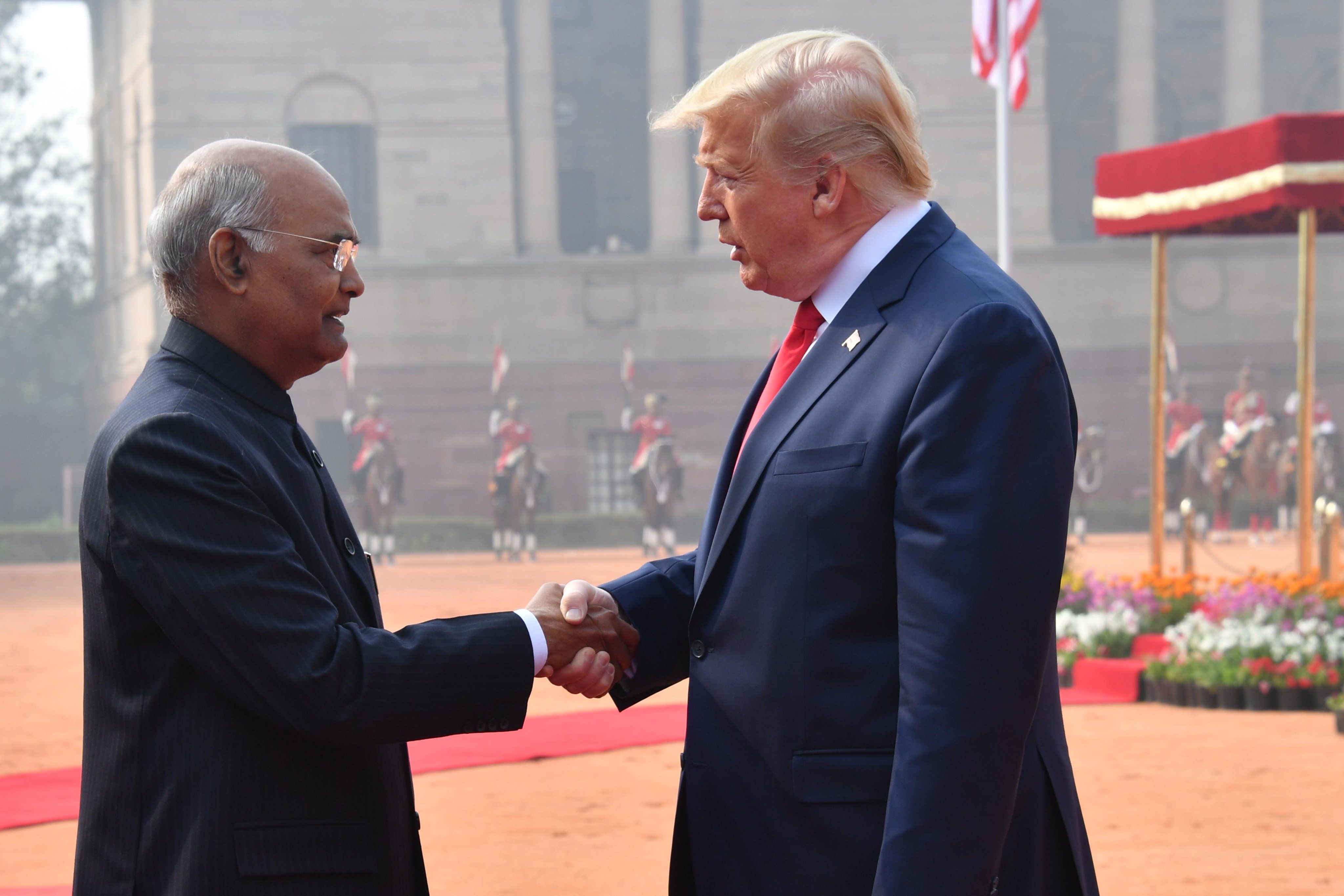 4. PM Modi and US President Trump had wide-ranging discussions on all aspects of India-US global strategic partnership. 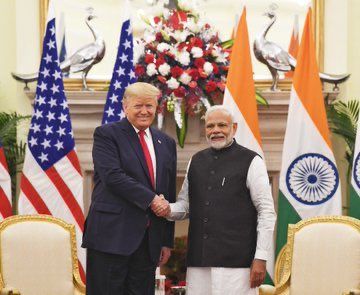 5. PM Narendra Modi and FLOTUS Melania Trump agreed to give legal shape to the understanding of both the nation's ministry. 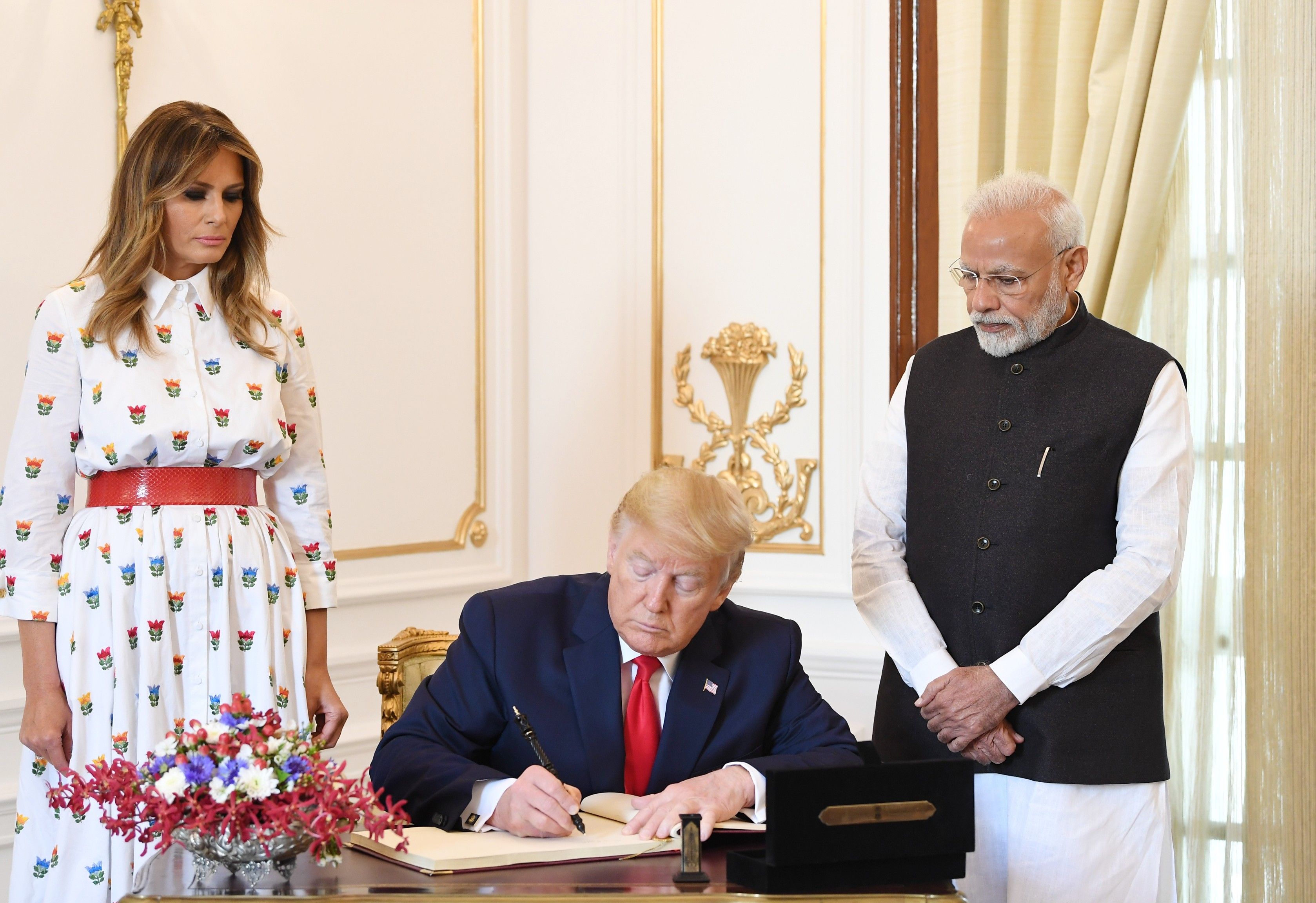 6. Exchange of agreements took place between India and the US. 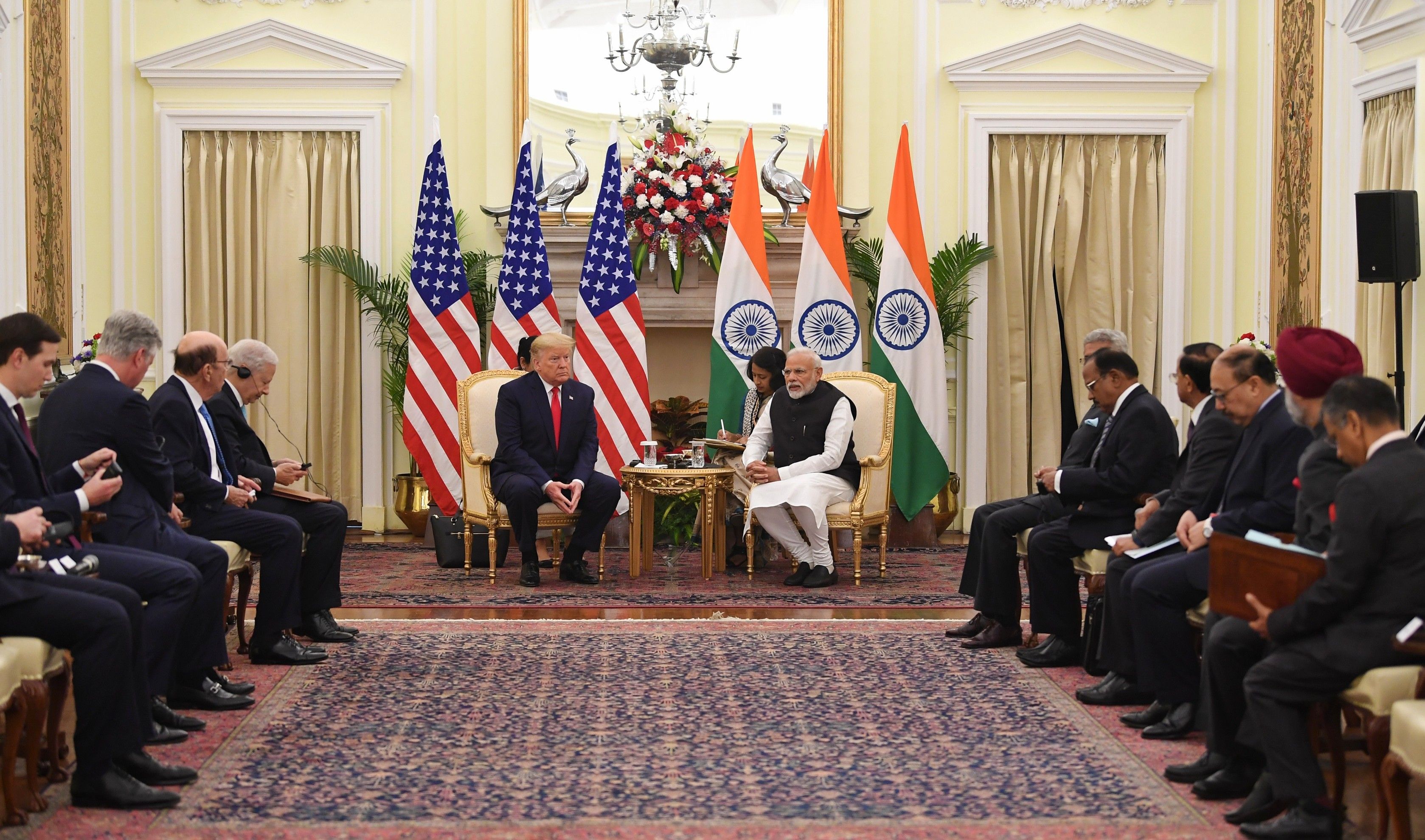 7. "Relations between India and USA shared are not merely lies between two governments. Ours is a friendship that is people-driven and people centric. Our nations are cooperating extensively, which is a great sign," stated Prime Minister Narendra Modi. READ | Trump offers mediation for Kashmir, denies it, then says 'there are two sides of story" 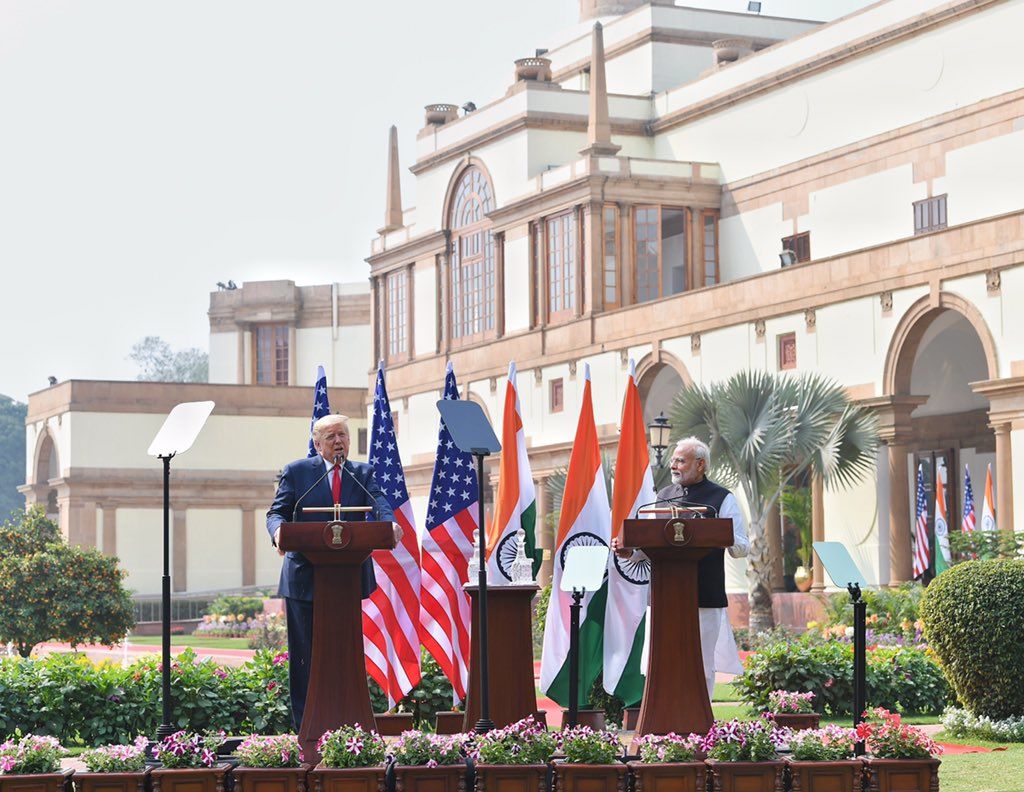 9.  The leaders agreed to work further cementing people-to-people linkages between India and the US. 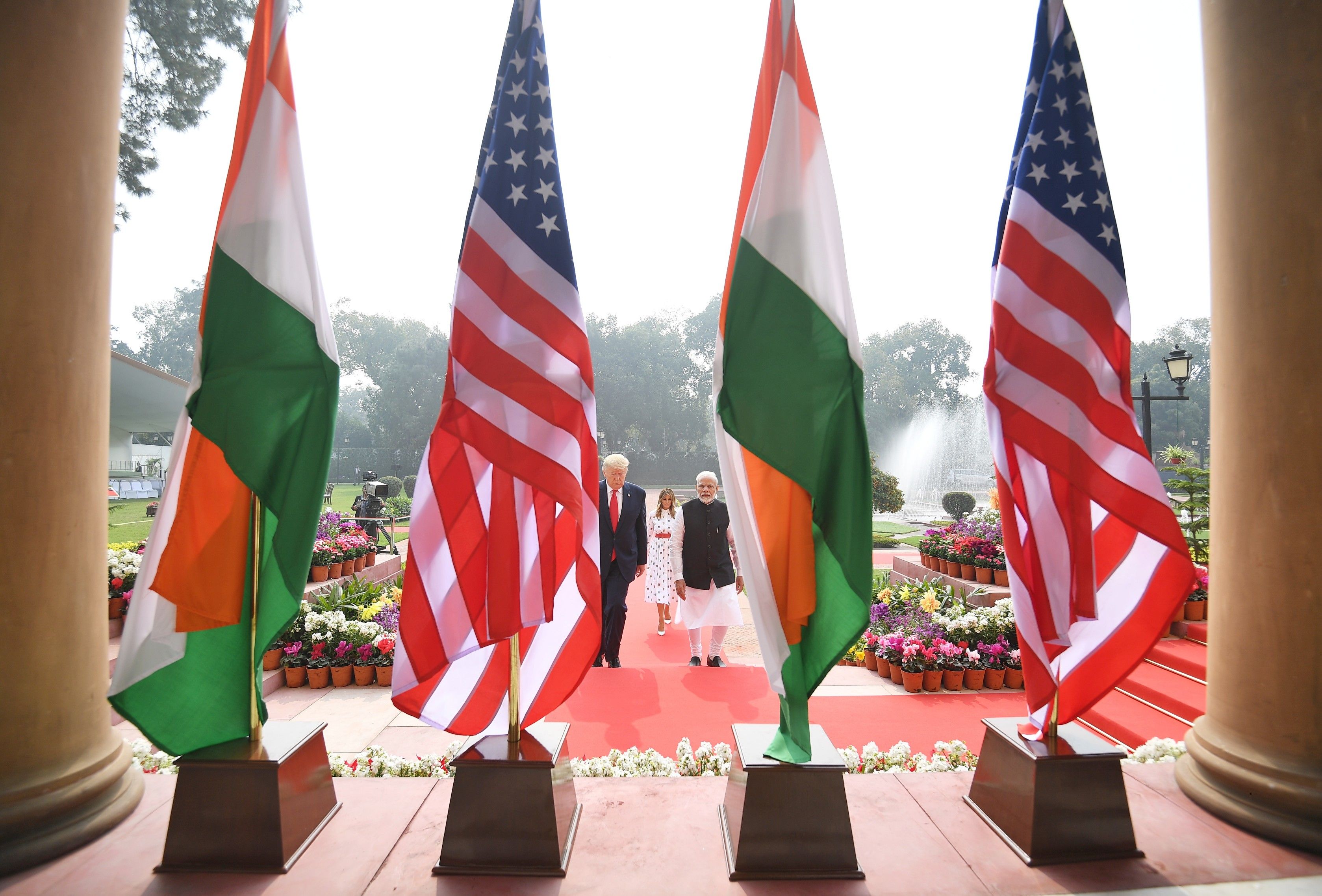 A state banquet was hosted for US President at the majestic Rashtrapati Bhavan with its forecourt decked up to its glory for the last engagement of his two-day visit to India on Tuesday. Later on, Trump would be flying to the United States of America.

READ | 'We had a tremendous two days, as beautiful as I ever had in my life': US President Trump