While it’s only on Monday that Karnataka CM desigate HD Kumaraswamy visited the Balaji Temple in Tirupati to seek blessings ahead of his oath-taking ceremony on Wednesday, now, the same finds itself shrouded in allegations of corruption by men who manage it. While it’s only on Monday that Karnataka CM desigate HD Kumaraswamy visited the Balaji Temple in Tirupati to seek blessings ahead of his oath-taking ceremony on Wednesday, now, the same temple finds itself shrouded in allegations of corruption by men who manage it. The former priest of the temple, AV Ramana Dikshitulu, has made a stunning series of allegations against Andhra Pradesh Chief Minister Chandrababu Naidu and the men appointed by him to manage the temple.

Republic TV’s Editor, Investigations, Prema Sridevi, spoke to AV Ramana Dikshitulu, a man who claims to be the victim to TDP-BJP Politics.

During his interview, he said that priceless ornaments and precious diamonds which were donated by devotees to Lord Venkateshwara have disappeared. He has further gone ahead and said that it is the Chief Minister of Andhra Pradesh, along with the Temple authorities (Tirumala Tirupati Devasthanams or TTD), who have been looting away the jewels.

He said the temple authorities, appointed by the state government office stole the jewels and money hidden away in Temple’s sacred kitchen.

"The issue is that kitchen is used to prepare prasadams to be offered to the deity since last one thousand years. It was never closed, there was no evidence of closure of the kitchen for even, for one day, last year June December 8, I have seen the kitchen being closed. As an advisor of our Agama Shastras to the temple, I should be informed about the changes they are doing in these Agamik procedures, but I was not informed. Later when I went into the kitchen, I saw lot of brickware has been removed, flooring has been removed and it was like an earthquake. Then I called the Executive Officer," said Dikshitulu.

The ex priest also claimed that huge wealth and jewels were stacked in the kitchen.

When Dikshitulu was asked how would someone plunder the temple's wealth, he said, "At the same time there was one, one more excavation going on in Andhra Pradesh itself in an ancient fort under the instructions of the CM's office, for hidden treasures, under the guise of looking for minerals. It was well known, it was well publicised."

He also alleged that no one but the temple authorities could have done it as the temple is under vigilance all the time.

"The temple was full of devotees, almost 23 hours a day. No outsiders can come inside and then dig for treasures and go away without being caught. CCTVs, security people, vigilance people and devotees all are there, but only the people who were moving inside with authority, they can only do that," he said.

He also claimed that approximately a sum of Rs 100 crore have been looted to run government schemes in the state and Naidu was responsible for every irregularity in the temple as every issue in the temple "has a consent from him."

"Temple funds being taken! being sanctioned for Vontimitta temple it was in the papers, that he has taken Rs 100 cr and for some concrete road development in Tirupati it was Rs10 crore," said Dikshitulu.

While claiming that he had fallen prey to the fight between TDP-BJP, he said that he was victimised for receiving BJP President Amit Shah. 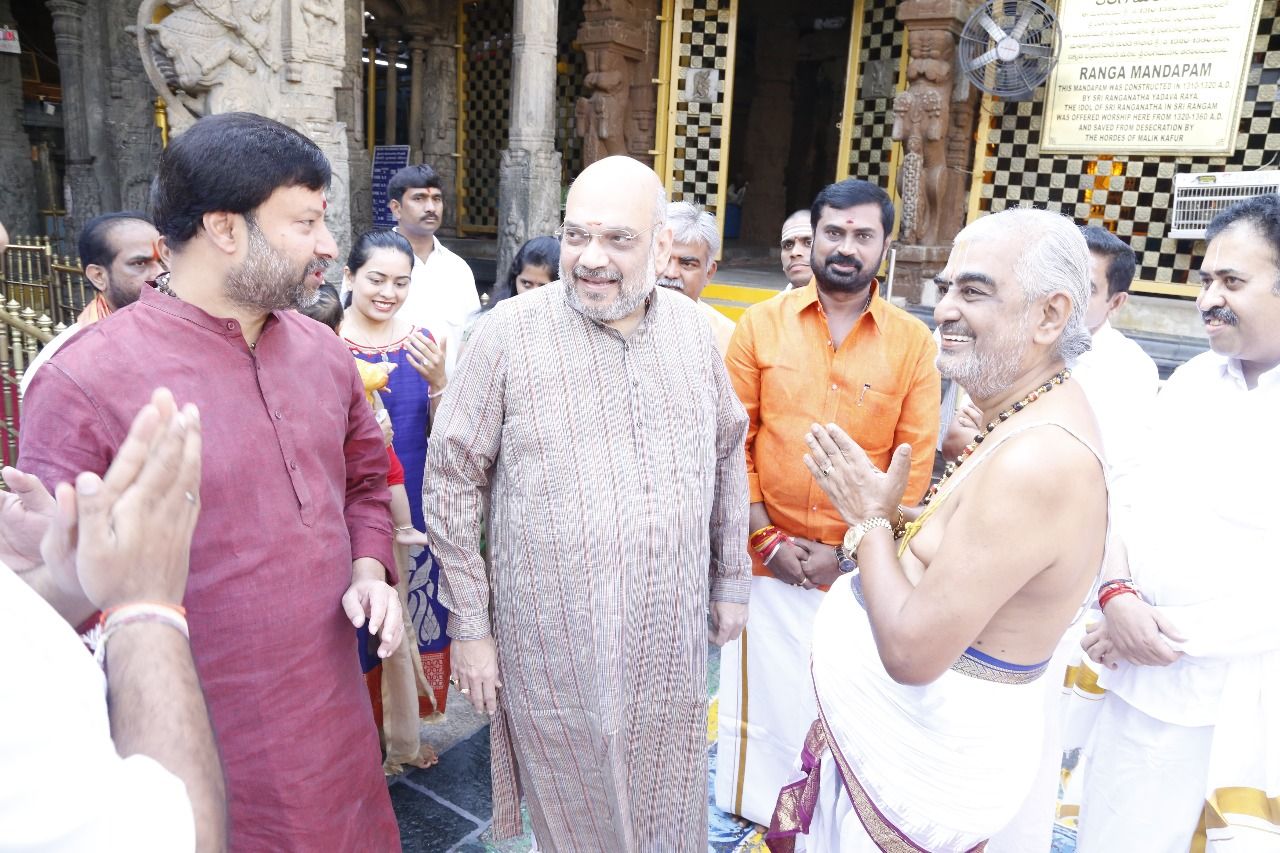 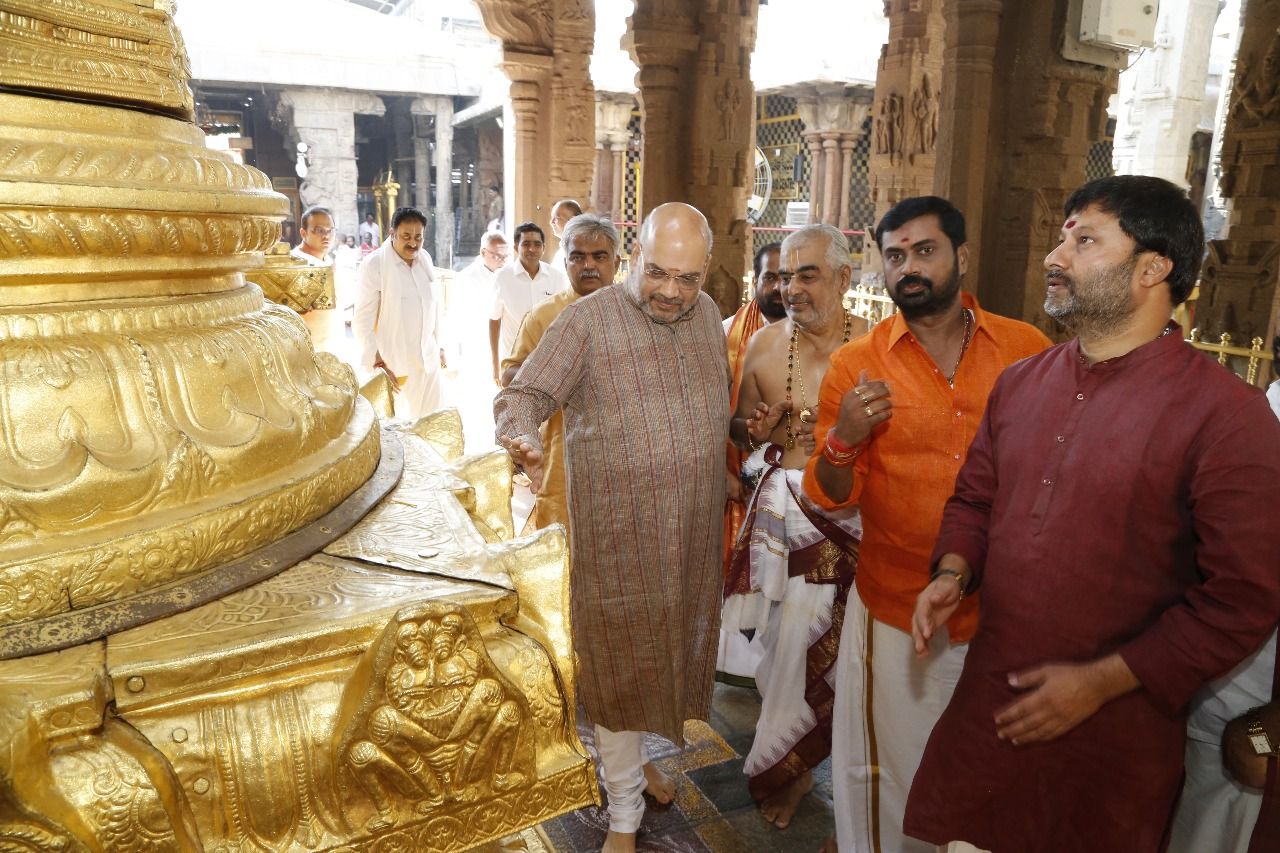 "As a head priest according to the protocol system, I have to receive any dignitary visiting the temple, may be a President of India, Vice President of India or Prime Minister or Chief Justice of India or the governor or the Chief Minister of Andhra Pradesh. But when Amit Shah came and I showed him the kitchen around and told him what happen there. See .. how it will be, it is carried by the CM and in the light of political turmoil of the state that I have been victimized for meeting Amit Shah and explaining to him everything," he said.

Tirupati Balaji is one of the most revered temples in South India. The Temple is known as one of the richest temples in the world, is visited by lakhs of people from across the world every year.

Watch the full interview of AV Ramana Dikshitulu in the video above.