NCP chief Sharad Pawar stated that the state government will only be able to inculcate the VAT reduction after receiving the due GST compensation by the Centre. 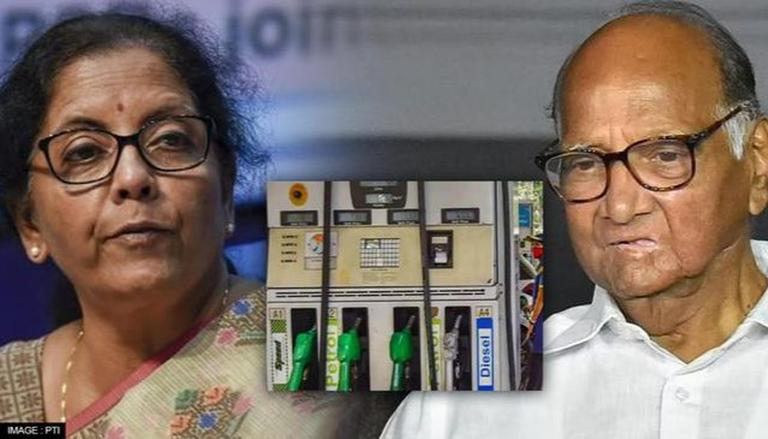 
On being asked to reduce the value-added tax (VAT) rates on fuel in Maharashtra, NCP Chief Sharad Pawar, who is a part of the coalition government, on Friday diverted the issue and pinned it on the Central government and rather asked the finance ministry to release the GST compensation to the states, for them to be able to reduce VAT on petrol and diesel.

While talking to the press, Pawar stated that the Maharashtra government will be able to inculcate the VAT reduction only after receiving the due GST compensation, to be provided by the central government. He asserted that the state government will only be able to accommodate VAT reduction along with other welfare schemes, only after receiving GST compensation funds.

Pawar told ANI, "If the Centre disburses the GST compensation to all the states, then the state governments can reduce the VAT on petrol and diesel and implement other welfare schemes."

The Bharatiya Janata Party (BJP) on Friday hit out at Opposition parties for not reducing the VAT rates and accused them of doing "petty politics" over high fuel prices. Lamenting the opposition at a press conference, BJP spokesperson Gaurav Bhatia said that the opposition attacked the Centre over high prices of diesel and petrol but did not follow suit when the Union government slashed the excise duty.

Apart from this, Sharad Pawar also confirmed reports that Deputy Chief Minister Ajit Pawar's driver and another staff have tested positive for COVID-19. The NCP chief stated, "As a precautionary step, the doctors have asked Ajit Pawar to remain in home isolation for a few days.”