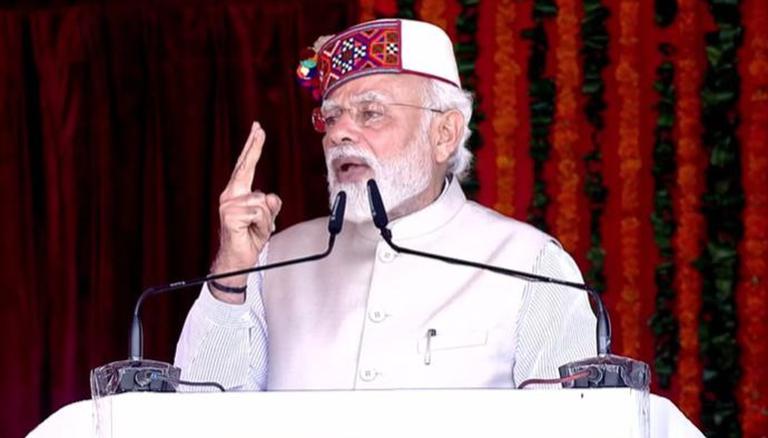 
A day after Prime Minister Narendra Modi's Shimla visit, a local BJP leader's wife recalled how he had taught her to cook the perfect 'sabu dana khichdi' when he was in charge of the party's Himachal Pradesh unit in the late 90s.

Seema Sharma, wife of local BJP leader Deepak Sharma, told PTI that it was during the Navratras in 1997 when she had cooked khichdi for Modi, but it was not up to his expectation. He then showed her how to cook the dish, she recalled.

During his Shimla visit on Tuesday, Modi asked Chief Minister Jai Ram Thakur about Deepak Sharma. Thakur later mentioned this in his address at a rally at the Ridge Maidan.

Thakur said Modi's connection with ordinary BJP workers of Himachal Pradesh can be gauged from the fact that he enquired whether Deepak Sharma still goes to the Jakhu temple on foot.

When contacted, Sharma, a nominated councillor in the Shimla municipal corporation, said his joy knew no bounds when he learnt that Modi remembered him and enquired about him.

He told PTI that Modi used to frequent his eatery, Deepak Vaishav Bhojnalya, and residence located at Middle Bazaar in Shimla when he was the state BJP in-charge during 1997-98.

Sharma said Modi used to observe fast during the Navratras twice a year. During the first Navratras in March, Modi used to take only water, and during the second one before Dussehera, he used to have fruits etc, he added.

Sharma recalled that Modi expressed willingness to have 'sabu dana khichdi (sago)' during the second Navratras in 1997, and his wife Seema Sharma cooked for him, but it was not up to his expectation.

Modi was then staying at the Peterhoff Hotel, Seema Sharma said, adding that he had called up to speak to her and taught her how to cook the perfect 'sabu dana khichdi'.

"Since then, whenever I cook 'sabu dana khichdi', I cook it the way Modi taught me," Seema said, expressing her gratitude to the prime minister for remembering her husband.

Deepak Sharma said he had been visiting the famous Jakhu temple in Shimla daily for the last 32 years and Modi had also accompanied him 10-12 times during his time as the state BJP chief.