Shiv Sena workers led by party vice president of Goa unit Subhash Kerkar on Friday laid a board with Bandokar’s name on it at the entrance of the airport. 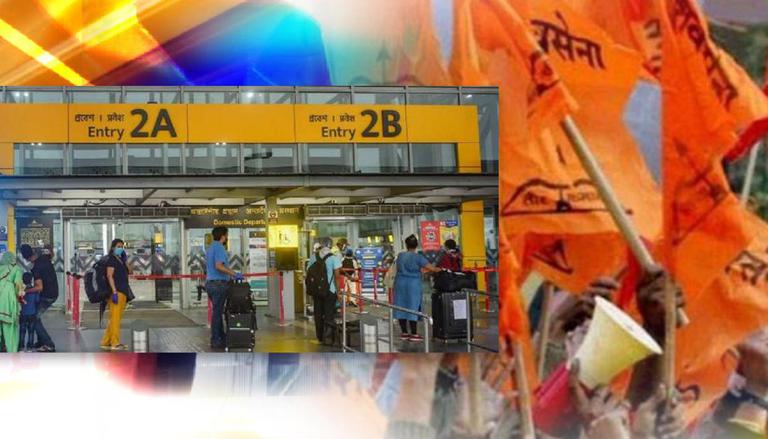 
As the Mopa Airport in Goa nears competition, the Shiv Sena has now raised demands to name it after Bhausaheb Dayanand Bandodkar, the first Chief Minister of the state. Shiv Sena workers led by party vice president of Goa unit Subhash Kerkar on Friday laid a board with Bandokar’s name on it at the entrance of the upcoming international airport in North Goa. Leaders and workers of the party then paid tribute to Bandodkar on his death anniversary. The party leaders were joined by Nationalist Congress Party (NCP) leader Sanjay Barde and All Goa Private Bus Owners Association (AGPBOA) secretary Sudip Tamhankar at the occasion.

Shiv Sena leader Subhash Kerkar while paying his tribute, said that the state of Goa was built on its first CM’s vision. “Dayanand Bandodkar commonly known as Bhausaheb Bandodkar was a Bahujan stalwart, who laid the foundation stone for modern Goa. Goa’s political, economical and educational infrastructure was built by Bandodkar. He was a visionary leader who endeavoured to provide justice to Kulmundkars,” Kerkar said.

“Bhausaheb was the true leader of the soil. He represented the Mandrem constituency belonging to Pernem Taluka in the assembly. Since Mopa falls under Pernem taluka, the airport should be named after Bhausaheb Bandodkar,” Kerkar further added. The Shiv Sena leader also claimed that the party will hold a statewide protest if their demand of naming the airport isn’t considered.

Speaking on the occasion, NCP leader Sanjay Barde also said that the infrastructure in the state should be named after Goan leaders. “Why is the stadium at Taleigao Plateau named after Shyama Prasad Mukherjee who has no significance in Goa? Public buildings and structures built in Goa should be named after Goan leaders,” the NCP leader stated. Meanwhile, AGPBOA secretary Sudip Tamhankar said that India’s first motorcycle taxi pilots were regularized by bringing a law in Goa, and was made possible by Bandodkar.

Mopa airport likely to be commissioned by 2022

Chief Minister Pramod Sawant on July 29 had informed the state assembly that the first phase of the Mopa airport is likely to be commissioned by August 2022. The CM claimed that around 35 per cent physical progress has been achieved in the construction of the facility by August. Currently, Goa's only airport is located at Dabolim and it operates from the naval base 'INS Hansa'. The upcoming airport at Mopa village is situated near Goa's border with Maharashtra and is located around 70km from state capital Panaji.