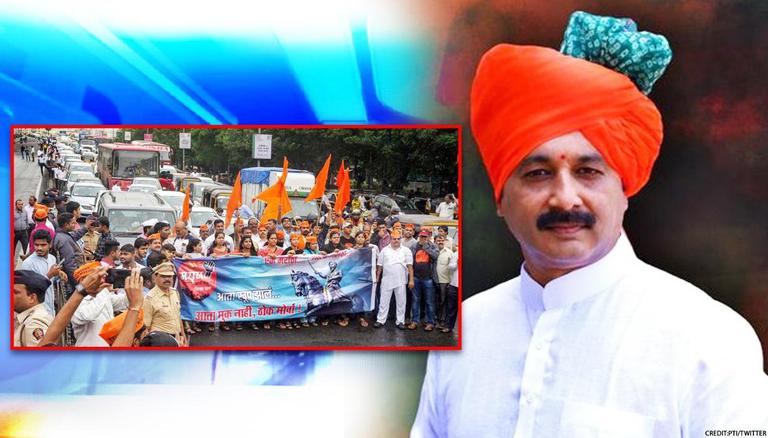 
Shivaji Maharaj's descendant and BJP MP Sambhaji Chhatrapati urged the Maharashtra government and the Centre to ensure that Maratha reservation is granted despite the SC order. A day earlier, the Constitution bench of the Supreme Court struck down the Maratha quota in educational institutions and public employment. In identical letters addressed to Maharashtra CM Uddhav Thackeray and his predecessor Devendra Fadnavis, the Rajya Sabha MP stated that the SC judgment was unfortunate for Marathas.

Stressing that he has been working to secure justice for the "deprived" Maratha community for many years,  Sambhaji Chhatrapati opined that political parties should keep aside their differences and formulate a joint strategy. He also called for strengthening institutions such as the Chhatrapati Shahu Maharaj Research Training and Human Development Institute. Maintaining that the demand of Maratha quota is "non-negotiable", the BJP parliamentarian asserted that the onus of ensuring this lies on the state government as well as the Centre.

Supreme Court’s decision on Maratha Reservation is unfortunate for the community.

It is the duty of government at both State and Center to find a path forward, which will ensure Maratha Reservation is granted in an uncontested manner.

Our demand is non-negotiable. pic.twitter.com/uDC3tgh8pz

In the SEBC Act which came into force on November 30, 2018, the Maratha community was declared as a "Socially and Educational Backward Class" and accorded 16% reservation, propelling the total reservation in Maharashtra to 68%. While upholding the validity of this law, the Bombay High Court reduced the quantum of Maratha reservation to 12% in educational institutions and 13% in public employment. However, the SC stayed the reservation on September 9, 2020, and referred the matter to a larger bench.

On Wednesday, the Constitution bench comprising of Justices Ashok Bhushan, S Abdul Nazeer, L Nageswara Rao, Hemant Gupta and S Ravindra Bhat unanimously ruled that neither the Gaikwad Commission nor the High Court made out any grounds for exceeding the ceiling of 50% reservation for Marathas. Moreover, the apex court observed that there was no question of revisiting the verdict in the 1992 Indra Sawhney vs Union of India case which had capped the total reservation at 50%. Thus, it struck down the Maharashtra State Reservation for Socially and Educationally Backward Classes (SEBC) Act, 2018 to the extent that Marathas cannot be held as "Socially and Educationally Backward Class" and they are not entitled to reservation.