From the pictures that have surfaced on the internet, one can say that Shloka Mehta is unable to contain her excitement after watching Mumbai Indias' big win against Chennai Super Kings

From the pictures that have surfaced on the internet, one can say that Shloka Mehta is unable to contain her excitement after watching Mumbai Indias' big win against Chennai Super Kings at the IPL 2019 finale. In the pictures shared, Mehta can be seen doing a happy victory dance by putting her hands up in the air, and one can say that it makes for a priceless moment!

READ: SEE PICTURE: Shloka Mehta Makes For A Stunning Bride In A Red And Gold Lehenga From The Wedding Ceremony

For the uninitiated, Mumbai Indians beat Chennai Super Kings by 1 run to win their record fourth IPL title. Mumbai thus became the first side to win more than three IPL titles and now they are also the tournament's most successful team. It was a thrilling encounter that went right down to the wire and kept everyone on the edge of their seats. 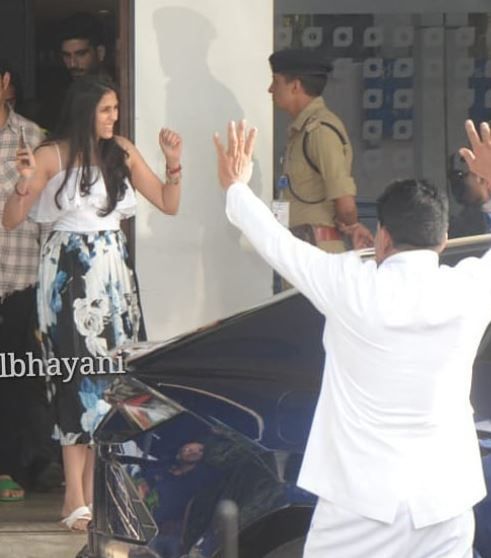 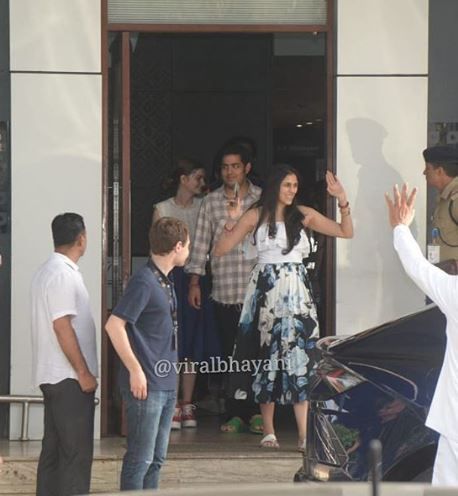 Meanwhile, around two months back, Shloka Mehta tied the knot with Akash Ambani. The wedding of Akash Ambani and Shloka Mehta was an extravagant affair and was organized at Jio Gardens, Mumbai. The grand ceremony was attended by several A-listers of Bollywood including Shah Rukh Khan, Alia Bhatt, Ranbir Kapoor, Priyanka Chopra, Amitabh Bachchan, among others.

READ: Dabboo Ratnani Has Captured The Definitive '#Love' Picture Of Newlyweds Akash Ambani And Shloka Mehta. Here It Is

The pre-wedding festivities began weeks ago on February 23, 2019, with a grand bash in St. Moritz, Switzerland. Many Bollywood celebrities like Shah Rukh Khan, Alia Bhatt, Ranbir Kapoor, Sonam Kapoor, Rhea Kapoor, Karan Johar, Malaika Arora, and Arjun Kapoor among others attended the event. The celebrations took place at the Badrutt Palace in Switzerland, that saw performances by Chris Martin of Coldplay and The Chainsmokers. After that, a private musical night at Antilia, followed by the Mala and Mehendi function, a Sangeet ceremony and Anna Seva at the Jio World Centre, were also hosted by the Ambani family.