In a shocking incident, it has observed on Jan 10 that WHO's website had misrepresented India's map. The map by WHO showed J&K, Ladakh as 2 separate countries

In a shocking incident, it has been observed on January 10 that the World Health Organization's (WHO's) official website depicts Jammu and Kashmir and Ladakh in a separate colour from India, implying that they are to be considered different countries. WHO uploaded this map in its website's dashboard of COVID-19 tally. In the map, India is coloured in Blue but Jammu & Kashmir is in Grey and India's territory that is occupied by China under the name of 'Aksai Chin' in Ladakh is in a Blue-Grey strip. 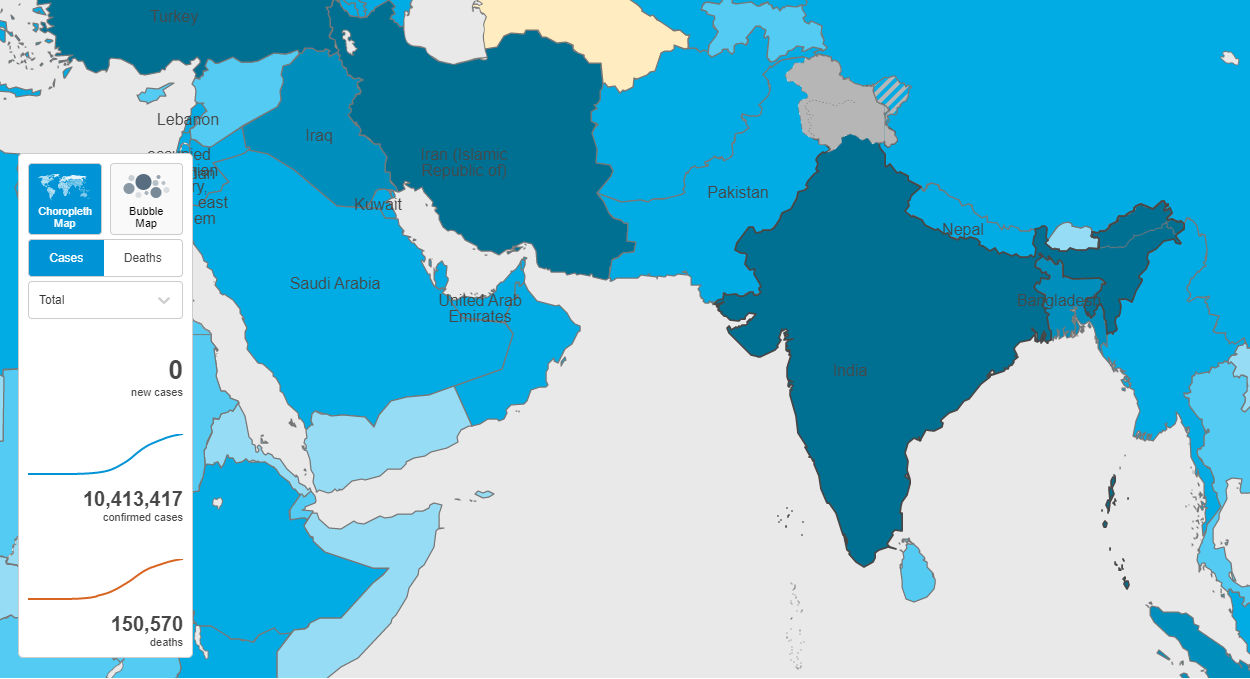 Earlier on October 18, 2020, microblogging platform Twitter had once again come under the fire for displaying Ladakh as a part of the 'People's Republic of China'. National Security Analyst Nitin Gokhale who was live on Twitter near Leh airport, noticed that his location was displaying as 'Jammu and Kashmir, People's Republic of China'. This anomaly was raised by Observer Research Foundation (ORF) chairman Kanchan Gupta to Twitter India, stating that it was not an 'isolated incident', but that several netizens who were logging online faced the same issue.

Twitter was asked for an explanation by the Parliamentary Committee on IT and issued an apology, going on to correct its maps. Misrepresentation of India's map or national symbols is illegal. 2020 also witnessed significant debate, deliberation and action on foreign (particularly Chinese) apps an web services, several of which were shut down in the country for being prejudicial to national security.

Similarly, another tech giant - Xiaomi of China - ran into trouble when its smart phone's weather app was not displaying weather for locations in Arunachal Pradesh. After many netizens complained about the same, Xiaomi India clarified that the weather app was unable to understand data for many locations as it used 'data from multiple third-party data sources'. It added that the technical error has been fixed now.