According to Amritsar Rural SSP, Nihang Saravjeet Singh has admitted to killing Lakhbir Singh, the Dalit Sikh whose body was found in a mutilated condition. 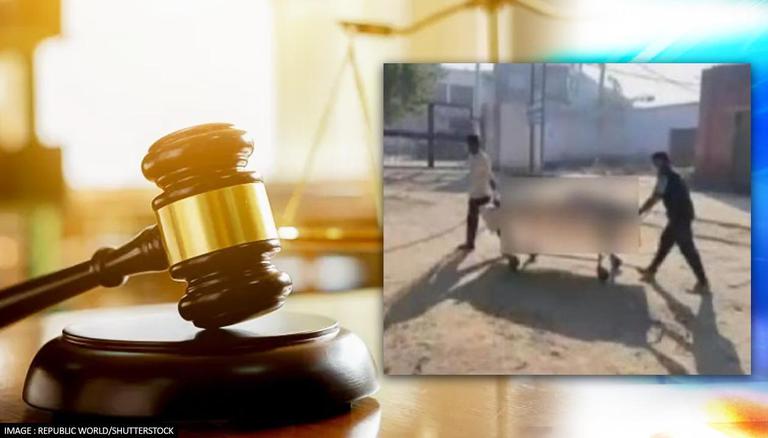 
Nihang Sikh Saravjeet Singh, prime accused of the horrific Singhu border lynching, has been sent to 7-day police custody by a Haryana court on Saturday. According to Rakesh Kaushal, Amritsar Rural SSP, Saravjeet Singh has admitted to killing Lakhbir Singh, the Dalit Sikh whose body was found in a mutilated condition on Friday.

He was produced before a court in Sonipat on Saturday after which he was remanded to 7-day police custody. Sources have revealed that the Nihang Sikh has named 4 others in connection with the brutal lynching. He will be taken to Chamkaur and Gurdaspur in Punjab for identification, as per the police. The hunt is still on for the murder weapon.

"Two Nihangs were involved, one was arrested by Haryana Police. Narayan Singh escaped. A team of officers was formed and forces were deployed around his house. He had announced surrender before police today but it's a very sensitive matter. He has confessed that they killed Lakhbir. He says that when he was told the Lakhbir insulted Guru Granth Sahib, he got angry and cut off his leg. Lakhbir bled to death," said Rakesh Kaushal, Amritsar Rural SSP.

In a horrific incident, a 35-year-old man was found tied to a barricade with one of his arms chopped off, near the Singhu border on Friday. His body was mutilated with over 10 injuries caused by sharp weapons. The body was later taken for postmortem to a nearby civil hospital by the police. The victim has been named as Lakhbir Singh, a Dalit Sikh labourer, according to the FIR accessed by Republic Media Network.

With several visuals surfacing where the Nihangs claimed credit for the murder, Haryana Police detained two Nihangs for lynching and mutilating Lakhbir Singh. An FIR has been registered under sections 302 (murder) and 34 of the Indian Penal Code (IPC).

According to police, Lakhbir Singh was a Dalit Sikh labourer from Cheema Khurd village in Punjab's Tarn Taran district and was allegedly living with the Nihangs in their tent near the Singhu border. The Nihangs have accused the deceased of desecrating the holy Sarbloh Granth.