Parikh alleged that Wikipedia had become a 'bully' and asserted that it was losing credibility across the globe owing to its heavy reliance on Left media. 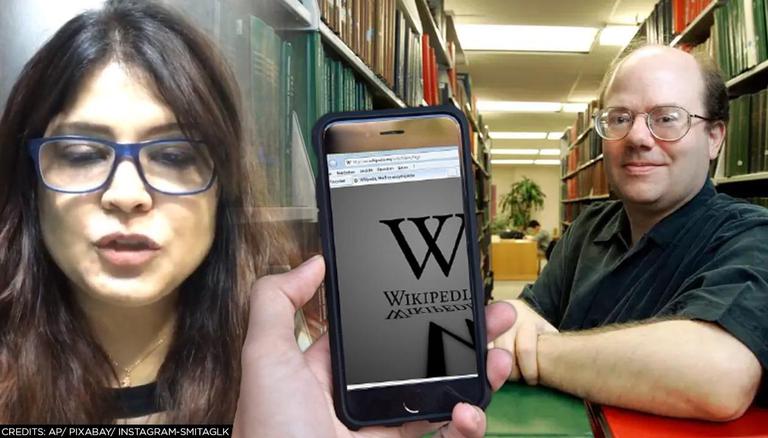 
After Wikipedia co-founder Larry Sanger weighed in on the strong influence of Left media on the site that he created, Sushant Singh Rajput's friend Smita Parikh counter-questioned Sanger and asked who decided which media houses were reliable. Taking to Twitter, Parikh alleged that Wikipedia had become a 'bully' and asserted that it was losing credibility across the globe owing to its heavy reliance on Left media.

Well larry- who decides which media houses article are “reliable” and which r not? It’s such a shame that u rely on leftist media only and that’s why loosing credibility across the globe.@Wikipedia has been a bully at time’s and your facts r not based on truth but leftist media

Responding to her question, Sanger remarked that one way for Wikipedia to be neutral would be to make a list of leading politicians, pundits, etc., who take a 'definite' point of view. Such experts should ideally be consulted on which outlets accurately report on the news from their point of view.

But I think that would be the right way to determine whether there were really political and partisan neutrality in the world's leading encyclopedia—a feature that it seems to me would be very important for lovers of democracy to favor.

But I guess you disagree...

While Smita Parikh agreed with Sanger and asked Wikipedia to give fair chance to right-leaning media as well, the latter mistook her statement. She later clarified that sticking to government or courts of any country for an evaluation of opinion would be an ideal way for the website to function than for it to solely rely on Left-leaning media. Sanger agreed with her point and shared that he had initially been confused about what she was trying to say.

READ | Wikipedia Scam trends on Twitter: Know why Wikipedia is asking for donations?

? You want *me* to "be fair and give fair chance to rightist media as well"? Or Wikipedia? If the latter, well, that's what I said, right?

Maybe you mean something by "rightist media" that I can't guess. Not a phrase I've heard before.

Well @Wikipedia has a ‘fav’ list from media been sent to us nd unfortunately they r all leftist ist compromised they shud evaluate all media equally or rather stick to government or courts of any country that’s what I said, Hope I conveyed it.

Ah OK then, we agree, and I was confused about your point.

Notably, Smita Parikh's argument comes against the backdrop of the campaign led by fans of Sushant Singh Rajput who had questioned Wikipedia citing the cause of his death as 'suicide by hanging'. Fans had asked Wikipedia to change the cause of death, alleging that he was ‘murdered’, trending ‘Wikipedia, Sushant was murdered.’ Responding to the fan trend, Wikipedia founder Jimmy Wales wrote that the website was based on 'reliable sources' and not 'Twitter campaigns.'

Wikipedia is based on reliable sources, not twitter campaigns.https://t.co/S4D9wPyvHehttps://t.co/9jfOd5jpTu

Wikipedia taken over by Left: Sanger

In a big statement, Wikipedia Co-founder Larry Sanger on Friday weighed in on the strong influence of Left media on Wikipedia saying that he no longer trusted the site that he had created. Hhe also shared how its entries were being distorted by companies like Wiki PR, where paid writers and editors will go in and change articles.

"You can’t cite the Daily Mail at all. You can’t cite Fox News on socio-political issues either. It’s banned. So what does that mean? It means that if a controversy does not appear in the mainstream centre-Left media, then it’s not going to appear on Wikipedia," he said.

READ | 'Wikipedia taken over by Left, nobody should trust it': Wikipedia co-founder Larry Sanger

"Because there is a lot of influence. Wikipedia is known now by everyone to have a lot of influence in the world. So there’s a very big, nasty, complex game being played behind the scenes to make the article say what somebody wants them to say," the co-founder remarked.