Sukesh Chandrashekhar has penned an explosive letter claiming that he was working only as a corporate lobbyist who was a bridge between state govt & big firms. 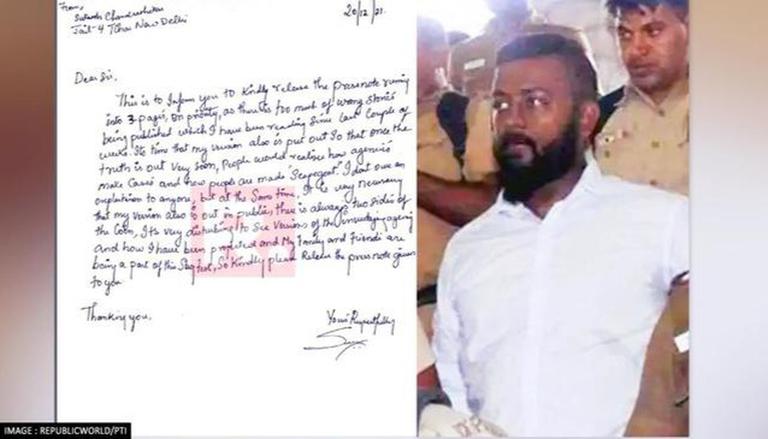 
In a massive development, conman Sukesh Chandrashekhar has penned an explosive letter to the media, claiming that he was working only a corporate lobbyist and was the bridge between the state government and big firms. Chandrashekhar also stated that it is wrong to say that he's a "conman" or "thug" as he is not convicted yet.

Here are some of his shocking claims in the letter: Sukesh also alleged that DG Tihar Jail pressurised him and extorted Rs 12.50 crores from him. He further said that when he informed the same to Economic Offences Wing (EOW), no action was taken. Sukesh, calling himself a corporate lobbyist, said that he is a link between the businesses and the state government.

"I have made a few hundred crores from corporate lobbying and there is no need for me to con or cheat anyone," he claimed in the letter.

The Patiala House Court recently took cognisance of the ED's chargesheet filed against Sukesh Chandrashekhar, wife Leena Maria Paul, and others in the Rs 200 crore money laundering case. All the accused are currently in judicial custody. The ED recently arrested them for running an extortion racket despite being locked up in Delhi's Rohini jail.

The ED has conducted searches at various properties linked to Chandrashekar and his associates. During the search, the agency seized 16 high-end vehicles that were registered in the name of Leena Maria Paul's firms or in the name of third parties. It has also emerged that Chandrashekar deliberately built the structure for transferring the proceeds of crime and thus actively participated in the process of money laundering.