Raza Academy President Muhammad Saeed Noori also opposed Surya Namaskar, stating that Muslim students should not take part in this as they do not any other god. 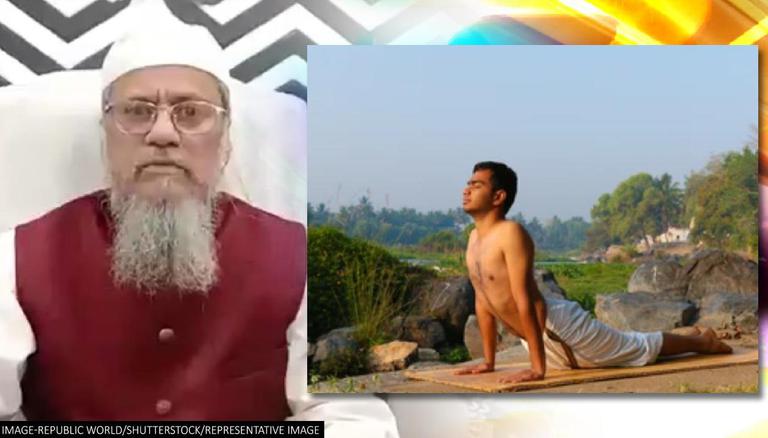 
After the All India Muslim Personal Law Board (AIMPLB) on Tuesday opposed a directive by the Centre to organise a 'Surya Namaskar' programme in schools to mark the 75th anniversary of Independence Day, Raza Academy President Muhammad Saeed Noori also opposed the same, stating that Muslim students should not take part in this as they do not any other god other than 'Allah'.

In a video message, Muhammad Saeed Noori said, "India is a secular country and will work according to law (Dastoor). And law doesn't allow us to teach any specific religion in schools. From 1 January to 7 January schools have been asked to teach Surya Namaskar. This is against law. Muslim student should not take part in this. Muslims don't worship other God. They only worship Allah. Muslim cannot worship other God. We urge the govt to cancel this order."

The 'Surya Namaskar' programme is being organised in schools across the country between January 1 to 7 to mark the Azadi Ka Amrit Mahotsav celebrations. However, the AIMPLB has opposed the move, saying 'Surya Namaskar' is a form of Surya puja (worship of the sun) and Islam does not allow it.

General secretary of AIMPLB, Maulana Khalid Saifullah Rahmani, said, "Worshiping the Sun as a deity is not allowed in Islam and other religions. Therefore the government should withdraw the order while respecting the secular values ​​of the Constitution. If the government has to organise any programme in schools on Independence Day, then it should organise a programme of songs and music related to patriotism so that people of all religions can take part in it. Such a programme should not be organised in schools that people of other religions face trouble in participating."

Meanwhile, the Ministry of AYUSH, on Monday, launched a Surya Namaskar programme with the aim to create a culture of fitness and promote a healthy lifestyle through the practice of Yogasana. Union AYUSH Minister Sarbananda Sonowal said the initiative is in line with the 'Azadi ka Amrit Mahotsav', marking 75 years of India's independence. Sonowal also laid the foundation stone of the Heartfulness International Yoga academy in Hyderabad.