The second phase of the Swachh Bharat Mission provides for "aspirational toilets" in high-footfall places like tourist locations and places of significance, according to a senior official of the Union Ministry of Housing and Urban Affairs. 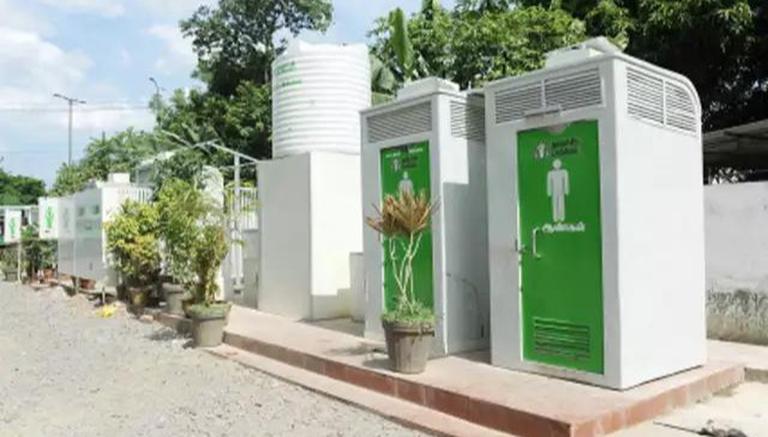 
The second phase of the Swachh Bharat Mission provides for "aspirational toilets" in high-footfall places like tourist locations and places of significance, according to a senior official of the Union Ministry of Housing and Urban Affairs.

Roopa Mishra, Joint Secretary and National Mission Director, Swachh Bharat Mission in the ministry said this in a recorded video message played at an event here that brought multiple stakeholders together from the fields of industry, government, innovators, among others.

The Mission was launched by Prime Minister Narendra Modi in 2014.

With the launch of Swachh Bharat 2.0, this is a time where "we need to aspire to go to the next step".

In urban areas today, there's a high scope of innovative services that focus on functionalisation of public and community toilets, Mishra said.

The ministry official said, in these eight years, Indian cities have grown through urban expansion and people's aspirations are  also growing.

"With aspirations of people rising, the challenges of public toilets in urban areas meeting to the different requirements has increased manifold. How can we as a fraternity innovate and provide to these requirements? Swach Bharat 2.0 provides for aspirational toilets in high-footfall places like tourist locations, and places of significance," she said.

The vision of the Swachh Bharat Mission 2.0 in five years is to have garbage-free cities, and that can never be completed without access to functional toilets, Mishra said.

In her recorded address, Mishra also said that on August 15 this year, when the nation was celebrating completion of 75 years of Independence, "we saw a lovely chapter added to India's sanitation journey".

"More than 500 cities declared themselves as 'safai mitra surakshit'. And, this is about the commitment of moving from manholes to machine holes, adopting technology for desludging and not to bring hazard to human beings in the cleaning of septic tanks and sewers.

"And, 500 is just the beginning, we are committed that within the next two years, we will provide and see that every Indian city will have the provision for equipment, and trained manpower, compliance grievance helpline, and a significant amount of awareness building, so that as a nation we move towards mechanised desludging of septic tanks and sewers, thus fulfilling the vision of manholes to machine holes," the official said.

The event was organised by the Toilet Board Coalition, a business-led partnership which is accelerating business solutions to the sanitation crisis.

She also spoke of the 13 centres of excellence spread across various institutions, including at IIT Patna, IIT Palakkad, and TERI, set up in collaboration with industry partners.

She said the Office of the Principal Scientific Adviser can facilitate this collaboration when approached by stakeholders.

Priyanka Tanwar, Toilet Board Coalition India Chair, said, This is a very interesting time for us at the Coalition. Starting from the Swachh Bharat Mission, we have witnessed a stronger, more conducive ground to accelerate work towards a circular sanitation economy in India."