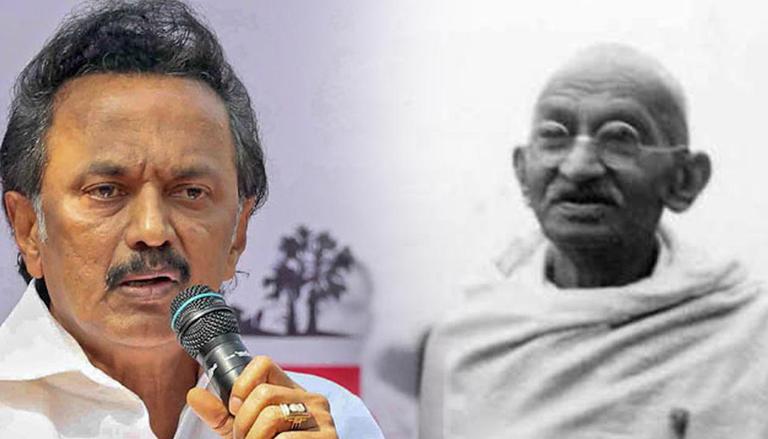 
On the occasion of 74th Independence Day, Tamil Nadu Chief Minister MK Stalin said India needs to adopt Gandhian idealism to wipe out, religion, caste, and creed divisions in the country. After hoisting the National Flag, Stalin gave his first Independence Day speech and said Mahatma Gandhi had a deep relationship with Tamil Nadu and the state had also created a long-lasting impression on his life. He said Mahatma Gandhi had visited Tamil Nadu 20 times in his entire life. According to the CM, Gandhi's trademark outfit was inspired by the Southern region as it was after one of his visits that he decided to wear attire for a lifetime. During his speech, the CM also announced pension hikes for individuals and family pensions for all the freedom fighters who hailed from the state. He also inaugurated a pillar on the occasion.

While addressing today's I-Day event, MK Stalin said, "Let's take a vow to instil in the minds of the youth that Gandhian ideals are the greatest weapon to lead India, which is facing challenges related to caste, religion, and creed.” Gandhi had a "deep relationship" with Tamil Nadu and it was during one such visit to the state that he decided to opt for the simpler outfit. "Mahatma Gandhi had visited Tamil Nadu 20 times in his lifetime. When he came to Madurai 100 years ago, Tamil Nadu gave him a farewell...” when he had decided to go for the simpler outfit, he said. It was during his visit to the southern city and seeing the poverty that Gandhi decided to switch over to a simpler, simpler trademark outfit, the Chief Minister said.

In his first I-Day speech after becoming Chief Minister of Tamil Nadu, Stalin remembered Mahatma Gandhi and said the nation needs to walk on Gandhi's principles to end discrimination and division. As a gesture of respect and regard, Stalin on 74th Independence day announced the enhancement of pensions of those who were part of the freedom struggle. He increased the pensions for freedom fighters from ₹17,000 to ₹18,000 per month. In a bid to revive the teachings of Mahatma Gandhi, Stalin also announced the renovation of the Mahatma Gandhi museum to attract young people. The antique museum will be built in Madurai for ₹6 crores.

IMAGE: PTI
(With inputs from PTI)