Chief Minister MK Stalin announced that the government will install a statute of Colonel John Pennycuick, a British engineer who built Mullaperiyar Dam. 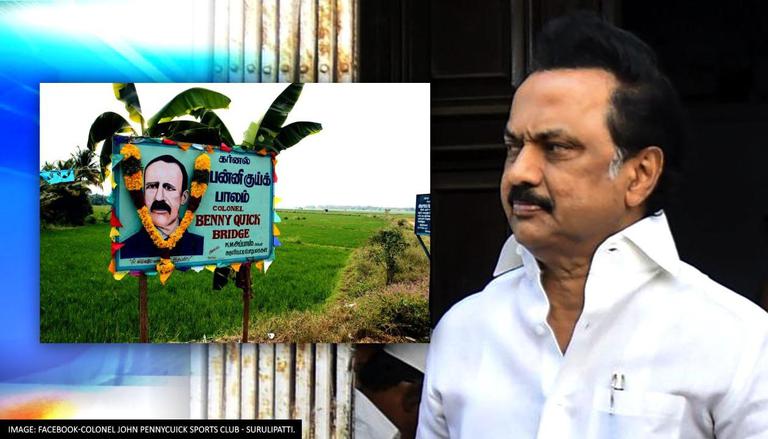 
Tamil Nadu government, on Saturday, has announced to install a statute of the British engineer who built the century-old Mullaperiyar Dam to solve the issue of draught. According to the statement released by Chief Minister MK Stalin, the government will install a statute of Colonel John Pennycuick, a British engineer who built the dam in the 19th century. Interestingly, the statue will not be installed in any Indian state and will be established in his native town of Camberley in England. According to the announcement, Tamils in Camberley have obtained permission from St Peter's Church for installing the statue.

Who is Colonel John Pennycuick?

John Pennycuick was born in 1841 in Maharashtra's Pune to Brigadier-General John Pennycuick and his wife Sarah. He took his education at Cheltenham College in England. According to historians, his father and eldest brother, Alexander, fought the Battle of Chillianwalla. Both of them died during the battle in 1849. He entered the East India Company Military College at Addiscombe, Surrey, in 1857.

Later, Pennycuick was commissioned as a lieutenant in the Madras Engineer Group in 1858 and subsequently, he returned to India in 1960. Later in 1895, the Queen nominated him a companion of the Order of the Star of India. He was associated with Public Works Department (PWD) for more than six years. During his career, he had served as Chief Engineer in the construction of the Mullaperiyar Dam and was awarded a medal for his participation in the Abyssinian Expedition of 1867–68.