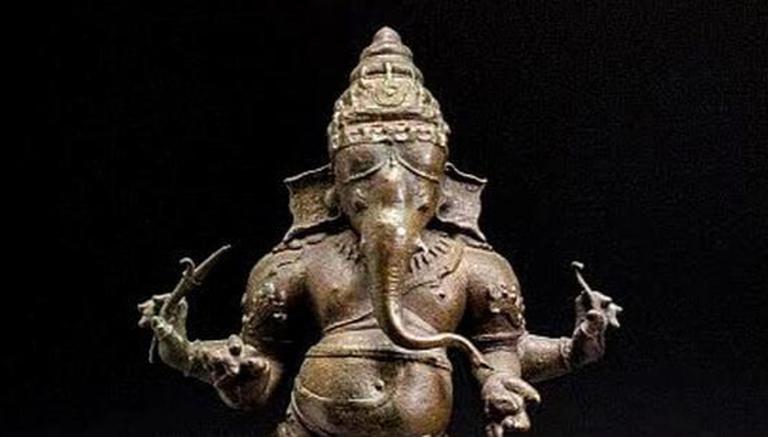 
The Tamil Nadu idol wing CID on Tuesday said it has written to a US-based Museum and an auction company claiming state government's ownership over the two antique idols stolen 50 years ago from a temple in the state.

The burglarly came to light when three antique metal idols which were stolen from Arulmigu Vishwanatha Swamy Temple, Alathur, Mannargudi taluk in Tiruvarur district were detected at the LACMA Museum, Los Angeles by the Idol wing officials.

Initial investigations revealed that the three antique metal idols were replaced with fake idols at the temple and the examinations indicated that Somaskandar idol and Dancing Sambandar idols of the temple would have been burgled in a similar manner, an official release said.

As there were no official images of the idols with the temple authorities, the idol wing sleuths requested the French Institute of Pondicherry (FIP) to share the images of the statues.

The FIP shared the images of the idols taken and documented by them in respect to this temple, the release said.

Experts after a thorough study confirmed that the images taken from the website of the US-based entities were similar and to be the original idols which were stolen 50 years ago from the temple.

"Based on the findings of the investigation, the idol wing has prepared and submitted papers claiming the Tamil Nadu governments' ownership of the idols for onward transmission to the United States of America for repatriation of the same to Tamil Nadu", the release said.

The department hopes to retrieve the idols and restore them to the Arulmigu Vishwanatha Swamy Temple, Alathur, in Mannargudi, Thiruvarur district under the UNESCO treaty soon.