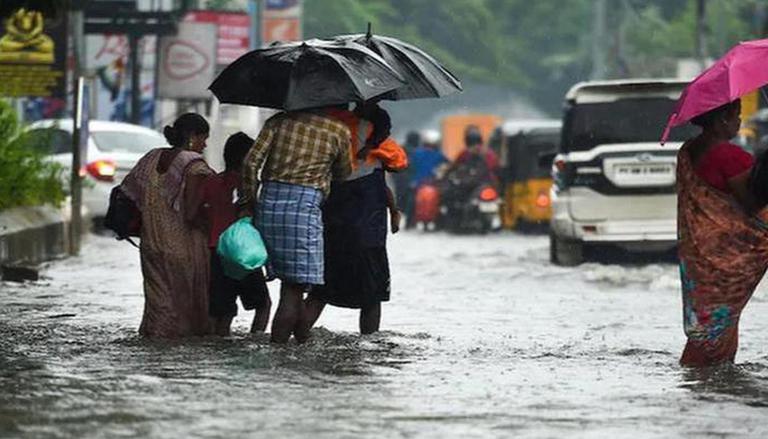 
A few days after the depression over south of the Bay of Bengal hovered near the coast between north Tamil Nadu and adjoining south coastal Andhra Pradesh, the India Meteorological Department (IMD) predicted that the state of Tamil Nadu is likely to receive isolated heavy rainfall over the next few days. The IMD has also issued yellow alerts, which means that their forecast predicted light to moderate rainfall over several regions in the state. The IMD has issued the warnings for Monday, November 22, 2021, for various districts in the state like Coimbatore, Erode, Krishnagiri, Pudukottai, Ariyalur, Cuddalore, Perambalur, Karuru, Trichy and the delta districts.

The IMD has also issued a warning for isolated parts of Kerala and Mahe and an alert was issued for Monday. For Tuesday, November 23, 2021, the IMD warned that the heavy rain is likely in isolated places over south Tamil Nadu, Pudukottai and the delta districts. A yellow alert was also issued for the region.

The IMD said that things could get worse on Wednesday and Thursday, as the warning for heavy to very heavy rains were issued over the coastal region of Tamil Nadu, Puducherry and Karaikal. The IMD had to issue orange alerts for Wednesday and Thursday. A yellow warning was also issued for the south interior Tamil Nadu as heavy rain is likely over the area. The IMD has also issued a yellow alert as they predicted heavy rain over isolated places in Kerala and Mahe from Monday till Thursday.

As per the Weatherman of Tamil Nadu, Pradeep K John, claimed that the retreating monsoon trough is stuck over Tamil Nadu, which ended up in a series of low-pressure areas over the Bay of Bengal. He made further predictions regarding the rains and said that the areas from Chennai to Nagapattinam will see rains from November 26 and the rains will continuously pour down for three days. The depression over the southwest Bay of Bengal, off the north Tamil Nadu coast, crossed between Puducherry and Chennai on the morning of Friday, November 19, between 3-4 am, the IMD said in their daily forecast release.