Tamil Nadu Water Minister Durai Murugan inspected the dam and informed that the water levels have been maintained at 139.05 feet for the past 30 years. 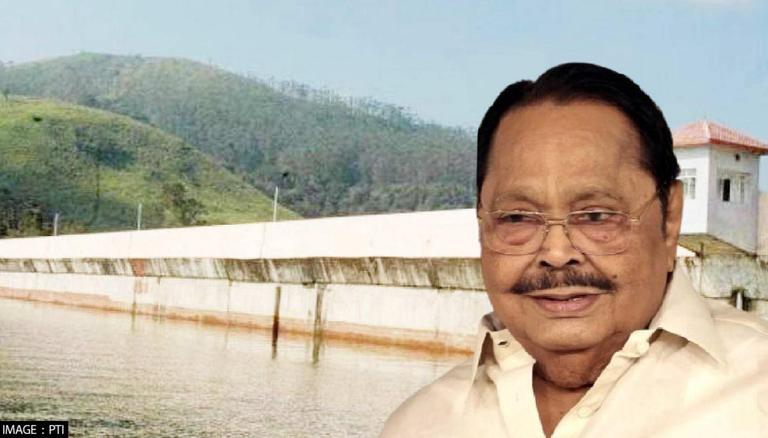 
Responding to the concerns expressed by the Kerala government about the safety of the Mullaperiya Dam, Tamil Nadu Water Resources Minister Durai Murugan, on Friday, November 5, inspected the dam and informed that the water levels have been maintained at 139.05 feet for the past 30 years. While earlier on October 30, the Supreme Court had directed that until November 10, the maximum water level of the dam should be maintained at 139.50 feet.

After inspecting the dam, Murugan told the media, "The current water level of Mullaperiyar dam is 139.05 feet which we are planning to increase to 142 feet after November 30. The water levels have been maintained for the past 30 years at 139.05 feet".

He added that after strengthening the Baby dam, the government has planned to increase the height of the dam to 152 feet. But, there are three trees near the dam which have to be chopped. While the Kerala government claims that the Central Forest Department's approval is required to do the same. With the removal of trees, the Baby dam can be constructed, and also the height of the Mullaperiya Dam can also be increased to 152 feet.

Kerala govt on the construction of Dam

On October 30, the shutters of the Mullaperiyar dam in Kerala which are operated by Tamil Nadu were increased further as the water level in the reservoir rose to 138.90 feet. Following this, Kerala Water Resources Minister Roshy Augustine asked the Tamil Nadu authorities to draw more water from the dam since there was no dip in the inflow.

Meanwhile, demanding a rise in water levels in the dam, the Tamil Nadu opposition party AIADMK will stage a protest against the DMK government on November 9.

Reacting to the protest, Murugan said, "Edappadi Palaniswami and O Paneersalvem should be the last person to speak on this. in the last 10 years, not a single minister visited the Mullaperiyar Dam".

Calling Kerala Chief Minister as his good friend, the Minister said that the matter will be resolved during the tenure of Pinarayi Vijayan.