To boost women empowerment in the state, the Telangana government in an order Wednesday announced, that it decided to set aside 33.3% of job positions for women 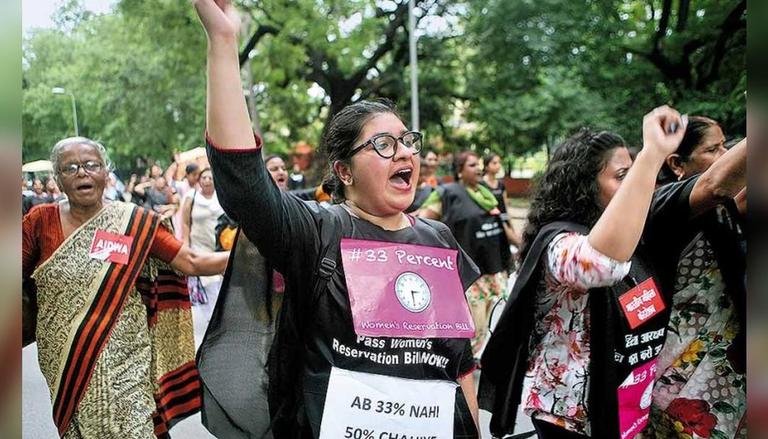 
The Telangana government on Wednesday announced its decision to set aside 33.3% of job positions in the government under the EWS (economically weaker sections ) quota for women. The decision has been taken to boost women empowerment in the state.

According to a government order issued on Tuesday outlining the guidelines for implementing the state's 10% EWS (economically weaker sections) reservation, every higher educational institution in Telangana must increase the number of seats in each branch of study or faculty to admit EWS candidates, including women for all admissions, the statement said. This will enable the women in the state to hold the position of power and also provides them with greater opportunities to work for the government.

”33.3% of the initial appointments in posts and services under the state government earmarked for EWS category shall be allocated to women among them,” the government notification issued by Chief Secretary Somesh Kumar said, while speaking to news agency PTI.

The guidelines further state that anyone who is not covered by the reservation programme for SCs, STs, and BCs and whose family's gross annual income is less than Rs. 8 lakh should be classified as EWS for reservation purposes. For the financial year prior to the application, income shall include earnings from all sources, including pay, agriculture, and business, among others.
Over two years after the Centre declared a 10% EWS reservation for first postings and admissions to educational institutions, the unified guidelines were released. Currently, 50% of reservations are being adopted for the state's weaker parts. The reservation percentage for the EWS will be 60% if 10% of the seats are reserved.

Earlier, Ministry of State for Finance of Telangana, Harish Rao said on Monday, August 23, that the state's per capita income has almost doubled in six years and it tops the country in the state-owned tax revenues by 90% in the last 6 years. He informed in a media conference that the state has achieved good growth in terms of Gross State Domestic Product(GSDP) and per capita income which are the indicators of the strongest state economy.

Briefing the media on the state economy,  Harish Rao said, "Telangana's annual average growth rate of GSDP was the highest among all Southern states at 11.5% since 2014-15. During epidemic COVID-19, while India experienced negative growth of GDP but Telanagana was still positive with 2.4%." Rao further stated, "The state's per capita income has almost doubled in six years and the state tops the country in the state-owned tax revenues as it had increased state-owned tax revenues by 90% in the last 6 years.

(With inputs and image from PTI)