Telangana government has issued a show-cause notice to 113 hospitals and banned 22 hospitals from treating COVID patients amid mismanagement complaints. 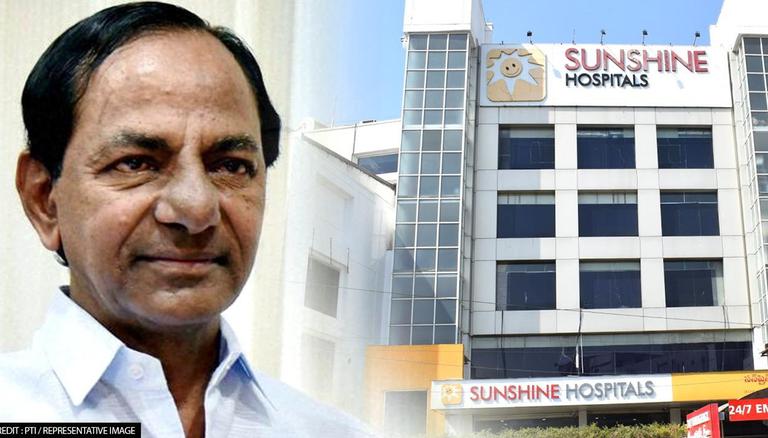 The Government of Telangana received several complaints from its citizens regarding mismanagement in Private Hospitals. The state authority has encountered complaints about excessive charges and lack of proper attention in the private colleges. Noting the situation, the Government of Telangana has been taking action against the Hospitals. On Tuesday, the authority again banned six more private hospitals from treating COVID patients. 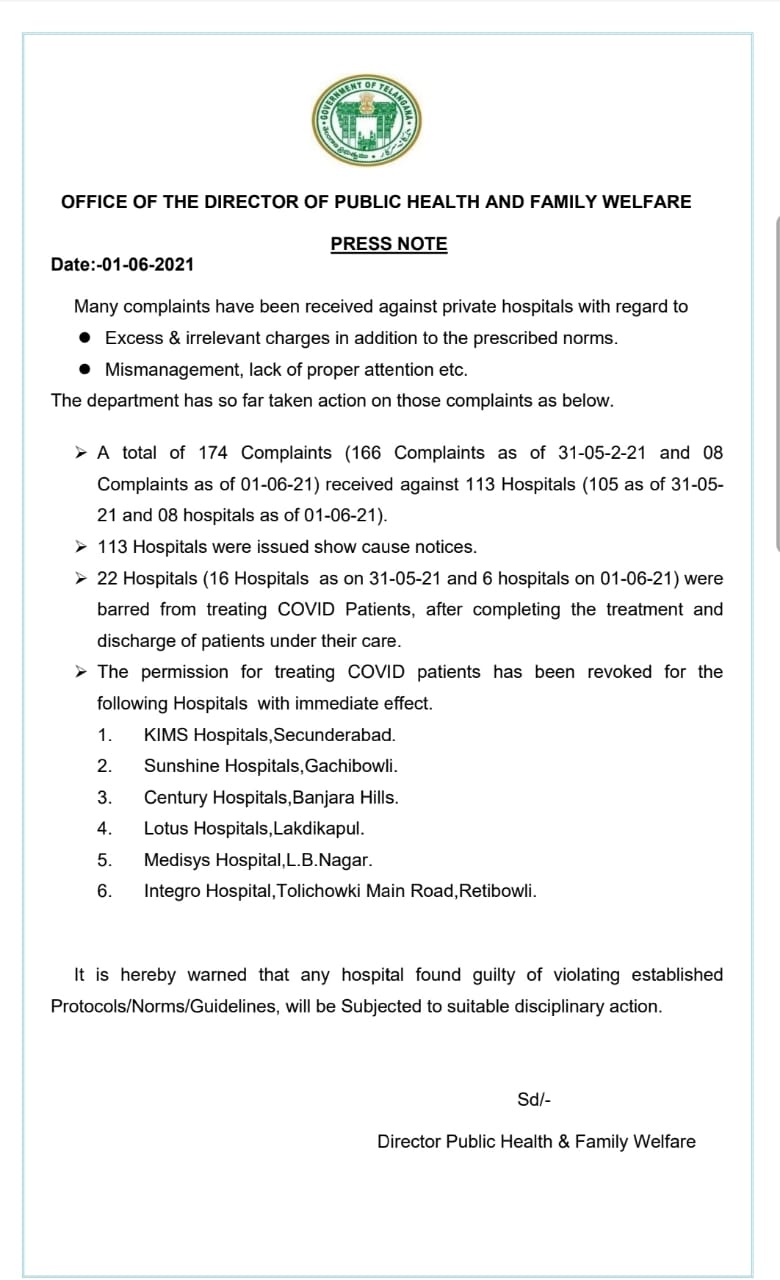 The Telangana State Authority on Tuesday issued an official notice where it stated that many complaints have been received by the government in regard to unreasonable charges, mismanagement, and lack of attention. It informed that the state department has so far received 174 complaints against 113 hospitals in the last two days.

The notice further warned that if any hospital is found to be guilty of violated norms and protocols, a similar course of action will be taken against them.

Earlier the Director of Public Health, Srinivas Rao on May 29 banned five hospitals in Hyderabad for overcharging the patients and producing surplus bills. The state authority of Telangana reported a total of 88 complaints against 64 hospitals. The Government also gave notice that any further complaints will cause the Hospitals their license. Virinchi Hospital Banjara Hills, Max Health Hospital KPHB, Neelima Hospital Sanathnagar, TX Hospital Kachiguda, and VINN Hospital Begumpet were barred from treating any more COVID patients on May 29.