Police arrested three people after they allegedly offered four BRS legislators ₹100 Cr to cross over to the BJP and contest the state election. 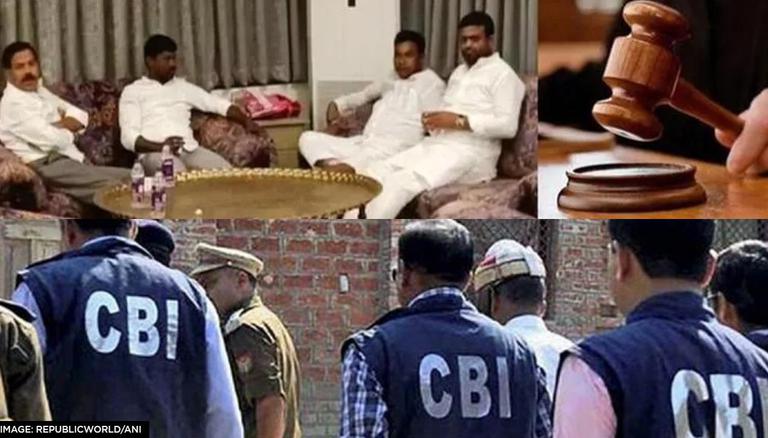 
The Telangana High Court on Monday transferred the BRS MLAs 'poaching' case to CB I, quashing the SIT formed to probe the issue. Notably, the state police arrested three people after they allegedly offered  ₹100 Cr to four Bharat Rashtra Samithi legislators to cross over to the BJP and contest on behalf of the party in the upcoming assembly election.

The HC has vindicated the stance taken by BJP - a request for an independent & competent Investigation.

After hearing writ petitions filed by the three accused in the case, citing that a fair probe was part of fundamental rights conferred under Article 21 of the Constitution asking for the transfer of the case from SIT to any independent agency or the CBI, the HC allowed the petitions of the accused and entrusted the investigation to the CBI. However, the court dismissed the BJP’s petition on technical grounds.

BRS stated as BJP has been hiding from enquiry, this would have come as a respite for the party, “After BJP’s 7 Attempts to handover MLA Poaching Case to CBI, finally its a relief to the hiding mouse 🐁 who is now relieved from the SIT enquiry.”

After BJP’s 7 Attempts to handover MLA Poaching Case to CBI, finally its a relief to the hiding mouse 🐁 who is now relieved from the SIT enquiry

Whereas the BJP termed the HC decision as a slap on the face of the BRS government. G.Kishan Reddy, Union Minister for Culture and Tourism said, “Satyameva Jayate - Truth always wins. The Telangana HC's decision to quash the SIT formed by KCR Govt in a fabricated 'MLA purchase case' is a huge slap on the face for the farmhouse CM. The HC has vindicated the stance taken by BJP - a request for an independent & competent Investigation.”

He further lashed out at the CM and said the ruling is an eye opener for the CM who thinks he can bypass institutions for his personal gain, “This should serve as an eyeopener to people like KCR who blinded by power think that they can subvert institutions for their own personal gain. In a Democracy, institutions are robust and would not succumb to the intimidation tactics of despots.”

Three people -- Ramachandra Bharati alias Satish Sharma, Nandu Kumar, and Simhayaji Swamy were named as accused in the case after a complaint was lodged by BRS MLA Pilot Rohith Reddy, among four legislators, against them on October 26.

The trio was arrested while they were allegedly trying to lure four MLAs of the ruling BRS to join the BJP. Recently, they were granted bail by the High Court.

As per the FIR copy, Rohith Reddy alleged that the accused offered him Rs 100 crore and in return, the legislator had to leave the TRS, now BRS, and contest as a BJP candidate in the next Assembly election.

They had allegedly asked Reddy to bring more BRS MLAs by offering Rs 50 crore each to join the BJP.

In the Telangana government, November 9 ordered the setting up of a seven-member SIT to probe into the alleged attempt to poach the MLAs.