This project will take the help of drones to spread seed balls over thin, barren and empty forest lands to turn them into the 'lush green abode' of trees. 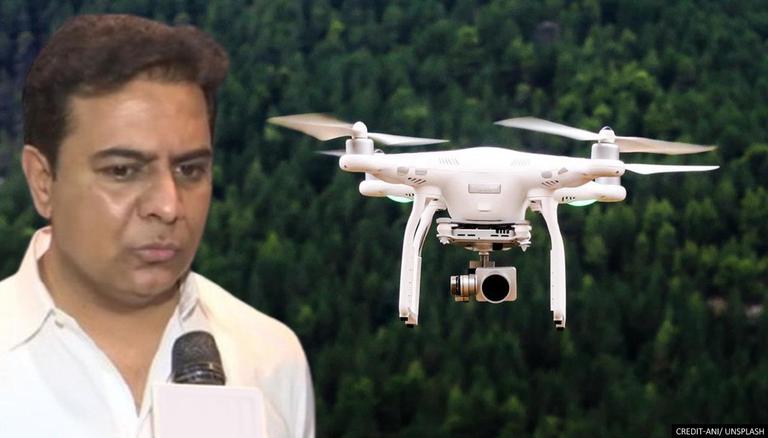 
With a mission of 'Green Telangana', the Telangana government in partnership with Marut Drones, a Hyderabad-based startup, is all set to kick start a drone-based afforestation project named 'Hara Bahara'. The project under which seed balls will be dropped in a barren and empty forest, turning the land into a lush green abode of trees. The plan is considered to be executed across all 33 districts in the state.

The Seedcopter Drone, as it is called, made by Marut Drones, was unveiled by Telangana Minister for IT and Industries KT Rama Rao during the launch of ‘AgHub’, or Agri Innovation Hub, at the Professor Jayashankar Telangana State Agriculture University (PJTSAU) in Hyderabad. During the event, the Minister also launched a poster campaign for 'Hara Bahara'.

The Telangana government stated that under the project, 50 lakh trees will be planted in about 12,000 hectares of land in the state. The Department of Information Technology & Communication (IT&C) along with the Department of Forest has collaborated with Marut Drones for the project.

The government release also maintained that 'seedcopter, an aerial seeding solution for rapid and scalable reforestation, will bring community, science and technology together for an inclusive, sustainable and long-lasting solution'.

Implementation of the project will require drones as they will distribute and spread seed balls over thin, barren and empty forest lands. The project is expected to turn these lands into the 'lush green abode' of trees. The process begins with a field survey and mapping of the terrain area to understand the ecosystem and demarcate the areas needing urgent attention. According to reports, the seed balls, prepared by local women and welfare communities, will be dispersed via drones in target areas. Further, the area will be continuously monitored to track the growth of plants sown.

''Forests are essential to maintain a clean and habitable environment for human life, and emerging technologies have the potential to support the afforestation efforts. Being already at the forefront of using drones for new use-cases, we are initiating Hara Bahara to plant seeds and also increase the forest cover across all the districts of the state,'' Rama Rao said.