The Bombay Stock Exchange on Friday took to their twitter account to issue a warning to a comedian for using a morphed image of the Phiroze Jeejeebhoy Towers, which holds a trademark registeration for 'nefarious activities'.

The comedian that BSE has tagged is Kunal Kamra who on April 14 shared some pictures with a fake picture of the BSE building. Here's the tweet -

The comedian in question had tweeted the below image and has still not deleted the tweet after the warning. 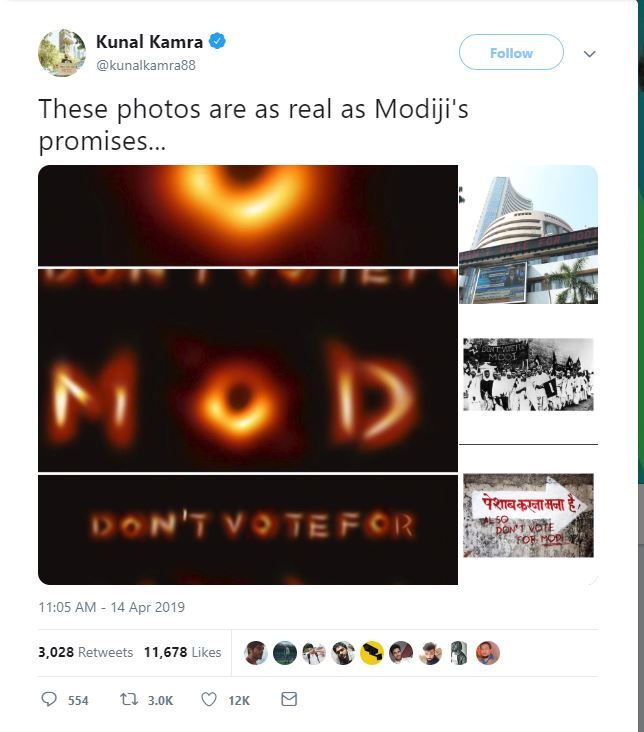 For those unaware, The Phiroze Jeejeebhoy Towers is located at Dalal Street, Mumbai. Established in 1875, the BSE is Asia's first stock exchange and is an important symbol of India's economy. The BSE is the world's 10th largest stock exchange. In June 2018, the BSE obtained a trademark registration for the building under the Indian Trademarks Act of 1999. What is the significance? No one can use images of the BSE building for commercial purposes without the consent from BSE or paying its licensing fee. Violators are liable to be proesecuted under Trade Marks Act 1999. The 28-storey building serves as a barometer of Indian economy.

This is not the first time someone has used a fake image for political agendas. Earlier a group called 'Ek Bihari 100 Pe Bhari' on Facebook has photoshopped the images of the couple and have put the slogan 'Vote For BJP' on the saffron scarf they wore at the temple.

The post was shared over 5,000 times and liked by many. The truth was that the image was from their first visit to the temple after their wedding.