The Indian Administrative Service (IAS) officers, Tina Dabi and Athar Aamir Khan are now divorced after their wedding in 2018 caused a stir across the nation. 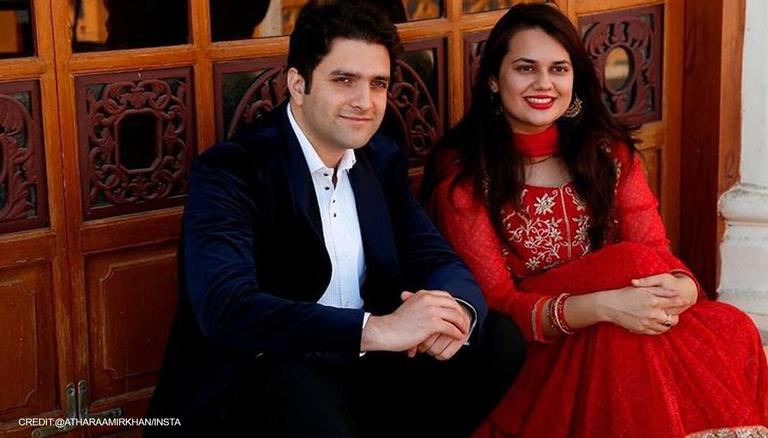 
The Indian Administrative Service (IAS) officers, Tina Dabi and Athar Aamir Khan are now divorced after their wedding in 2018 caused a stir across the nation. As per reports, a family court in Jaipur has granted Dabi and Khan’s request for divorce. Dabi had topped the Union Public Service Commission (UPSC) examination for civil services in 2015. It was also the same year when Khan came second in the same entrance and their romance and wedding were hailed across the nation and several others deemed it was equal to a “movie script.”

Tina Dabi and Athar Khan are officers of the Rajasthan cadre and were posted in Jaipur. Khan is on deputation with the Jammu and Kashmir government now and is posted in Srinagar. Meanwhile, Tina Dabi is a graduate of Delhi University’s  Lady Shri Ram College and rose to fame for becoming the first Dalit to top the civil services exam in her maiden attempt.

Tina Dabi met with her ex-husband during their training. Khan hails from Anantnag in Kashmir and they married in April 2018. Their wedding reception in Delhi was attended by Vice President Venkaiah Naidu and other Union Ministers along with then-Lok Sabha speaker Sumitra Mahajan. The interfaith wedding was hailed across the nation and Dabi had also said that she was not affected by the ‘love jihad’ uproar at the time and noted that their marriage was above the religious divides.

‘For him, it was love at first sight’

Tina Dabi had previously spoken about her relationship with Athar Khan saying, “We met in the morning and by evening Aamir was at my door. Uske liye pehli nazar mein pyaar ho gaya (For him, it was love at first sight).” With social media’s help, Dabi made her relationship with Khan official in November 2016 before getting married two years later.

Over the scrutiny of her relationship with Khan, Dabi had previously said, “It is just that 5 per cent. The majority are very happy. You would have seen in my Facebook timeline that most of the comments are encouraging. In fact, I am overwhelmed by the support and congratulatory messages.” The two got married on April 7, 2018, in Jammu and Kashmir’s Pahalgam.