TN: All Shops In Nilgiris District To Remain Shut On Dec 10 In Honour Of CDS Bipin Rawat

The merchant’s union made the decision to shut all shops on Friday as a mark of respect to CDS Bipin Rawat and others deceased in the IAF helicopter crash. 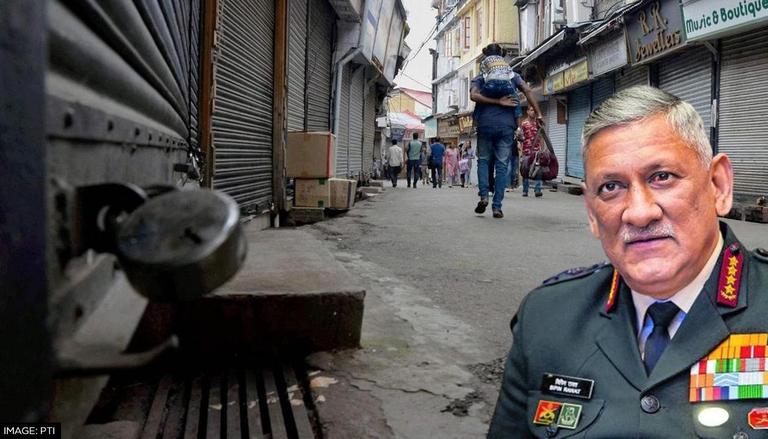 CDS General Bipin Rawat, his wife Madhulika Rawat, and 11 other defence personnel lost their lives in Coonoor on Wednesday, in a tragic IAF chopper crash.

The merchant’s union made the decision to shut all shops on Friday as a mark of respect to the deceased in the IAF helicopter crash. Confirming the decision, MA Raheem, Secretary of Federation of Merchants' Associations on Thursday said that the shops in the district will remain shut to honour the services done by the defence personnel for the country. Ever since the tragic accident, many have come forward to pay their tribute to CDS Bipin Rawat and the other defence personnel.

READ | CDS Bipin Rawat was 'hero son of India & his demise is a 'loss of friend': Israeli envoy

About 150 residents of Jammu and Kashmir's Machhal village held a candlelight march on Thursday, December 9, in fond memory of India's first Chief of Defence Staff General Bipin Rawat. The gathering observed two minutes of silence for the departed souls and prayed for their eternal peace. General Bipin Rawat and Brigadier LS Lidder had visited the Macchal Sector on July 27 this year.

In a tragic event, a Mi5-V17 chopper carrying General Bipin Rawat, his wife Madhulika Rawat, and 12 more flying from the Sulur Air Force Base to Wellington, crashed in the Upper Coonoor region of Tamil Nadu. While 11 were declared dead at the site of the crash, Group Captain Varun Singh is the only survivor, who is currently being treated for severe burns at Command Hospital in Bengaluru.